If Nigeria dies, hatred killed her, by Femi Adesina

BREAKING: Truck Kills 1 In Onitsha After Skipping Off The… 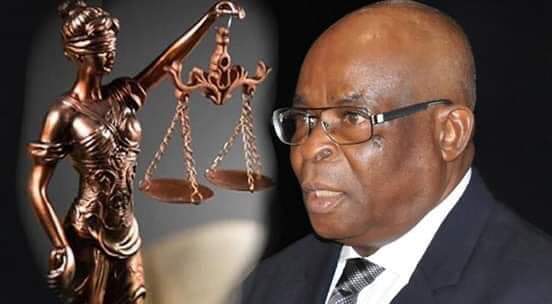 SAHARANEWS – More facts emerged in Abuja on Saturday on why Buhari could not wait for the court to determine the fate of the CJN.

Onnoghen, it was gathered, was billed to inaugurate judges that will adjudicate over the conduct of the 2019 elections in the country.

The suspended judge had fixed Saturday (today) for the inauguration of the election petition panels.

Details of tomorrow’s election panels to be sworn in, according to dependable sources at the Supreme Court are 250 judges.

“His sudden removal was aimed at either stopping the event or removing some judges on the lists. That is what will happen.”

It was gathered that judges that would make the panels had arrived Abuja, with the hope that they would be inaugurated on Saturday.

Journalists have been barred from accessing the house of the suspended Chief Justice of Nigeria, Walter Onnoghen.

Our correspondent who tried to gain access to the house located close to the Supreme Court was denied entry by stern-looking security men comprised of policemen and men of Department of State Services.

He was turned back by the men wearing presidential villa accreditation tag who told him his visit could not be permitted.

One of the men of the DSS, who questioned our correspondent, asked, “What is your mission here.”

ALSO READ:  REVEALED:Let There Be Revolution First Even If We'll Break Up, Sowore Tells Agitators(VIDEO)

Our correspondent: I’m here to observe the situation around the house of the CJN to avoid misleading report.

DSS: Are you invited?

Correspondent: I don’t need a formal invitation in this circumstance, I only come to have first-hand information.

DSS: That means you are here on sight and see. Sight and see is not allowed. Make a detour and go back.

The operative then beckoned on armed policemen to guide our correspondent out.