SAHARANEWS – There are strong indications that the Federal Government may soon re-introduce the controversial Water Resources Bill, which was rejected by the 8th Senate.

The President of the Senate, Ahmad Lawan, had last Monday hinted that the National Assembly would work out an arrangement to re-introduce the bill, which seeks to concentrate the control of water resources around Rivers Niger and Benue which cut across 19 states, in the hands of the Federal Government.

However, senators in the 9th National Assembly are divided over the plot to reintroduce the bill, which aside from making the Federal Government to be in control of water resources, would also make lands around the water resources to be taken over by the central government.

Meanwhile, some senators who spoke with one of our correspondents on and off the record on the issue expressed divergent views on Lawan’s proposal.

While some called for its reintroduction, others said bringing it back would create further tension in the affected states.

The PDP senator representing Edo South Senatorial District, Mathew Urhoghide, who is the Chairman, Senate Committee on Public Accounts, said he had received text messages from his constituents who expressed concerns over the proposed bill.

Uroghide said, “We cannot make input into a pronouncement as a legislator. The Senate President said the bill was misconstrued when it was brought to the 8th Senate. It was not passed because of that. It was an executive bill not a private member bill.

“The rejection of that bill was across the states. The Benue legislators led by Barnabas Gemade stood against it seriously. Everybody is now circumspect about the issue of giving land to the Fulani herdsmen.

“The Senate President did not go into the details that day so that he would not raise emotions. It is when the bill comes back that we will treat it on its merit. We should not look as if the bill is a southern issue. People in the North who also have suspicion that the bill is a plot to take over their land for grazing are equally against it.”

ALSO READ:  Quality Of Leadership From North Has Been Disappointing, Embarrassing —AYCF

However, a former Senate Leader, Ali Ndume, said the planned introduction of the bill was in order.

Ndume said, “There is no point throwing out the baby with the bathwater. There are some aspects of the bill that would be in the interest of the nation. Those provisions that are against the national interest should be reviewed but I think the bill should be reconsidered.”

But the Minority Leader, Senator Enyinnaya Abaribe, said the bill would be attended to and subjected to scrutiny whenever it comes.

However, a senator from the North-Central geopolitical zone, who spoke on condition of anonymity, said the bill would suffer the same fate that befell it in 2017.

ALSO READ:  JUST IN: Now, We deeply regret all the gang ups against GEJ Gov. Shettima

He said, “When it appears that the RUGA scheme is doomed to fail, they now want to introduce the water resources bill that could not scale through the 8th Senate. They will have their say but we will have our way at the end of the day.”

Efforts to speak with a former minority leader who strongly opposed the bill in the 8th Senate, Senator Godswill Akpabio, on the issue failed on Saturday as he could not be reached on phone.

However, a senator from the South-South geopolitical zone, who spoke on condition of anonymity, said Akpabio might not be part of attempts to reintroduce the bill because he really studied its provisions and the implications on the affected states during the tenure of the 8th National Assembly.

The proposed legislation was stepped down during the consideration of the report of the Senate Committee on Water Resources in May 2018.

COVID-19 REVEALED: Patients Can Safely See Others Within 10 Days Of... 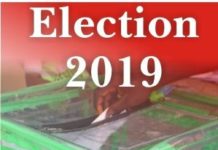 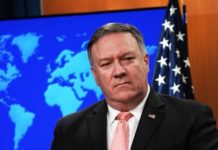 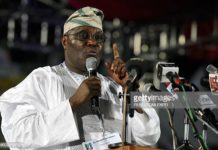 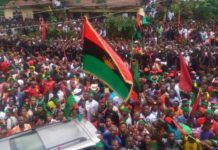