Business shutdown in Abia, Imo, others amid sit-at-home…

Today Ukraine is seeing a bit of what Biafra withstood… 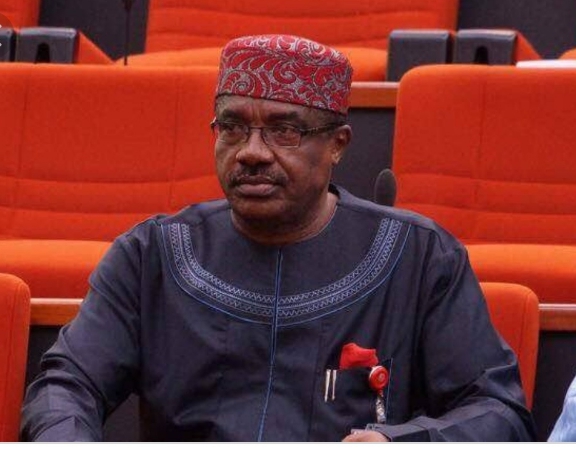 SAHARANEWS – Reliable source at the Police Headquarters Umuahia can confidently confirmed that embattled Senator Mao Ohuabunwa of the PDP who lost in the Febuary 23rd National Assembly elections of Abia-North Senatorial district is currently in Police custody under the State CID Umuahia to answer questions bothering on his in involvement in the kidnap, rigging and destruction of result sheets during the National Assembly elections.

This confirms earlier report, by SaharaNews that the Nigerian Police had threatened to declare him(Ohuabunwa) wanted if he failed to report to answer questions over his involvement in electoral crimes and malpractices.

The PDP Senator who lost in the February 23rd National Assembly elections arrived the police headquarters yesterday around 3:30 PM .

The case involved one Dr. Ibe an INEC official currently in police custody who was arrested over result falsification, thumbprinting and other related electoral frauds.
Dr. Ibe admitted to have torn a result sheet on the instruction of Senator Mao Ohuabunwa.

A DPO and inspector that were also invited for interrogation over the electoral crime had already made useful statement to the police, they also identified two security aides of Senator Mao who were also involved in the crime with one of them still at large .

Corps members who were also arrested by the police while thumbprinting in the bush also confessed that they were kidnapped and forced to carry out the act under the instruction of Senator Mao Ohuabunwa.

The Police headquarters Umuahia have also vowed to get to the root of the matter and prosecute all those involved by making sure that they face full weight of the law if found culpable.

It can be recalled that Dr. Orji Uzor Kalu a former Governor of the State polled a total 31,203 votes to defeat the incumbent, Ohuabunwa who polled 20,801 votes and the candidate of the All Progressive Grand Alliance Chief David Ogba who scored 11,410 votes.

The other key contenders in the race have since congratulated Kalu, declaring the election to be free and fair.

SaharaNews will continue to follow the development and bring you updates as events unfold.