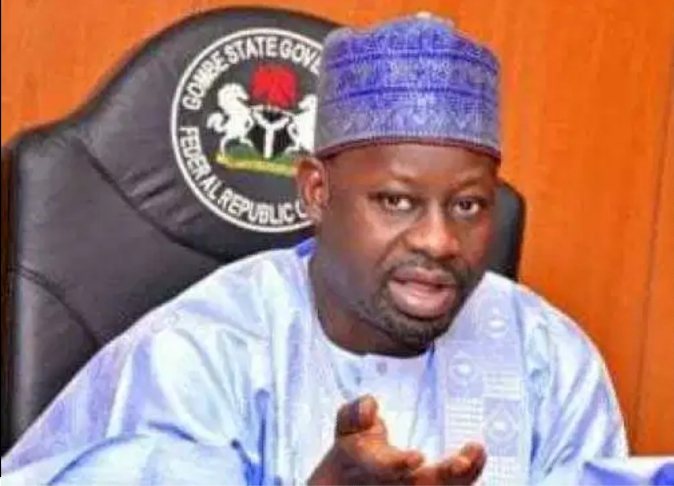 The narrow escape, according to an aide to the former governor, occurred on Tuesday evening when his convoy was on their way to Abuja. It was also supported by a video clip.

“On our way to Abuja with my Boss, His E Excellency, Dankwambo. kidnappers blocked the Abuja Kaduna road at 4.35pm today Tuesday but our policemen chased them away and we found out that they went away with about 7 people,” an aide to Dankwambo, who pleaded anonymity told our correspondent.

“Kaduna-Abuja road is still a danger zone. Today, kidnappers blocked the road, and were kidnapping passengers when Former Gombe Governor Ibrahim Hassan Dankwambo’s convoy arrived the scene, his security details fired shots and dispersed the kidnappers but they went away with Many”.

Meanwhile, three persons were killed and dozens of people kidnapped by the armed bandits during the operation.

A commercial driver plying the expressway, Jibrin Adamu, who escaped the attack, told journalists that the gunmen blocked a spot around Olam farm, where they killed three persons and kidnapped dozens of others.

“The gunmen blocked the expressway and opened fire on vehicles passing by. They kidnapped dozens of people during the operations and took them into the bush.

“I saw three dead bodies on the road and six vehicles of the victims parked on the roadside with all their doors open. They later left the operation area after about 30 minutes when a team of the military chased them away.

“I was among the drivers that narrowly escape the attack while driving with my passengers from Abuja to Kaduna,” Adamu added.

Another private driver who also witnessed the attack, Danladi Sani, said, “I narrowly escaped the bandit’s attack at Olam because my car was behind one of the vehicles damaged by their gunshots as they shot sporadically to vehicles that ran into their blockade. We turned back and run to a military checkpoint for safety.”

ALSO READ:  BREAKING: Gov Okowa Predicts Nigeria Break-up, Expresses Concerns Over One Tribe Being In Charge Of Security Apparatus In A Country As Diverse As Nigeria

He added that the vehicles of the people kidnapped including a trailer, truck, were left at the area of the attack with their doors open and belonging spread on the road.

“I counted three dead bodies when the road was open at the exact place of the attack”, he said.

However, when contacted, Kaduna state Police Command spokesman, DSP Yakubu Sabo, promised to enquire from the DPO in the area and get back to journalists