How we caught fake military officer in Kano — Police 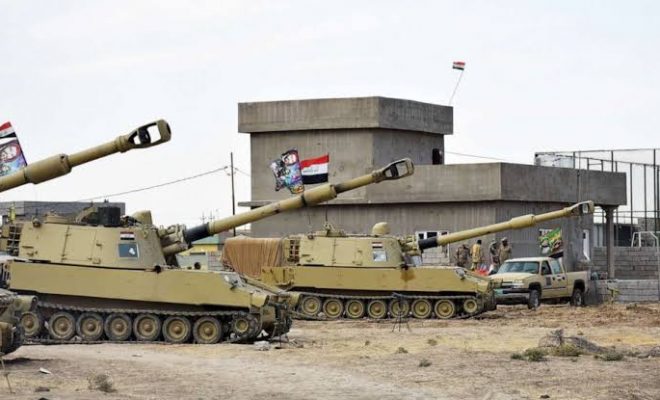 SAHARANEWS – US officials have confirmed that three rockets hit the US Embassy compound in Baghdad, Iraq leaving one person injured.

The rockets were fired in the Baghdad Green Zone where US military outposts and the US Embassy are located as disclosed by the US state department.

As at the time of filling this report, no official statement had come out from Iran or any of its military proxies and US has not put any blame on Iran for the attack.

Recall that the withdrawal of the US from the Iran Nuclear deal in 2018 which was signed by the US, Iran, E.U, Russian and China led to a stand off between the two warring countries.

SaharaNews had earlier reported that Iranian protesters stormed the US embassy which prompted the US military to kill Iranian military General Qassem Soleimani, leading to an Iran military strike on a US base in Iraq that caused head injuries tosome US troops.

Following heightened tensions between both countries, the US called on the Iraqi government to protect it’s bases in Iraq even though the Iraqi parliament voted on a resolution to oust the American military from Iraq.

“We call on the Government of Iraq to fulfill its obligations to protect our diplomatic facilities,” a State Department spokesperson said on Monday in reaction to the rocket attacks.

“Violent acts against our diplomatic facilities are simply unacceptable. We must ensure the safety of American diplomats, troops and other Americans in Iraq.”

Reacting to the development, the prime minister of Iraq, Abdul Mahdi stated that ”Iraqi forces have been ordered to “deploy, search, and investigate to prevent the recurrence of such attacks, and to arrest those who launched these rockets so that they can be punished.”

“The Iraqi government is committed to protecting all diplomatic missions and taking all necessary measures to achieve this.”