Nnamdi Kanu Is A Prophet, A Man Of Truth – Bishop… 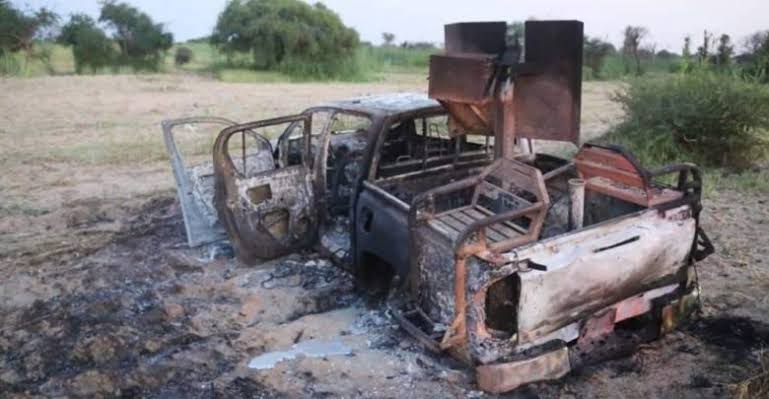 The insurgents in a military camouflage gun truck stormed the area around 8pm on Saturday, shooting sporadically.

They also made an attempt to overrun a military formation located within the area, a source said.

“We lost three soldiers during a shootout with the terrorists. I was told there were casualties from their end as well,” a colonel told SaharaReporters.

The Nigerian military has repeatedly claimed that the insurgency has been largely defeated and it frequently underplays any losses.

In the past months, soldiers have been targeted by the insurgents.

Hundreds of soldiers and officers have been reportedly killed since January 2021.

At least 33 soldiers were recently killed when two explosive-laden vehicles rammed into a military convoy in Wulgo.

ALSO READ:  'Not unknown gunmen' — Oyo Govt reveals those behind attack in Igangan