Buhari is Nigeria’s best and most popular politician —… 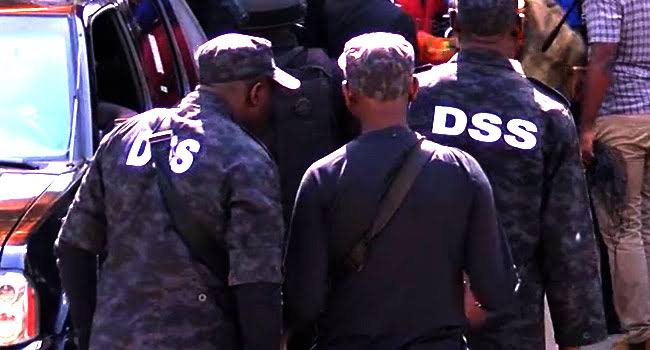 The perennial flood rocking Abuja on Sunday night claimed the lives of a yet-to-be-named senior operative of the Department of State Service (DSS) and two others.

The sad development, Daily Sun has gathered, happened occurred around the popular Trademore Estate in Lugbe, along the Airport Road.

Eyewitnesses told Daily Sun that the DSS operative was on his way to a nearby pharmacy when he met his untimely death.

One of the eyewitnesses said residents in the area, tried without success, to stop the DSS operative from driving through the flooded area, but ignored their warning.

The circumstances leading to the death of the other two victims were yet to be ascertained at the time of filing in this report.

An eyewitness who pleaded not to be named narrated what happened. He said: “Lives lost. Homes destroyed. Businesses ruined. Cars were uprooted and carried away and families were rendered homeless. A man in a Rover was reportedly swept by the flood into the bridge by the Police Station and was found dead.

“A young lady who served out her NYSC in an office years ago is looking for the car she parked outside last night. Probably her biggest investment is from savings and loans.

“The owner of a supermarket in the estate had his home and cars destroyed, his family has moved into the supermarket for shelter.

“All the goods in Prognosis pharmacy & supermarket is out on the street this morning damaged by the flood. That has been the reality in Trademore Estate for some years now.

“Last (Sunday) night’s flood is arguably the worst since the over 10 years history of flood in the estate.

“Last year, the video of a man swept away by the flood went viral. The Minister of State for the FCT visited, shared mattresses, cooking gas and cartoons of Indomee to families affected. No lasting solution was sought.

“This year, as more estates crop up in and around Trademore Estate, a more devastating disaster has occurred.

“Blames are flying around on why the flood was more devastating than ever. They say the government opened the dams last night and so the resultant flood.

“Some say it is the wall recently built on Imo Street as part of security measures to prevent the infiltration of herders that caused the flood. Another said the developer had recently sand-filled areas that should be waterways and attempted to build on them, thus the resultant flood.

“My observation is that the key problem is the houses built on the waterways by the estate developer. The houses had been marked for demolition in the past, but there was no enforcement possibly because there was no compensation for affected families.

“NEMA van and staff were seen this morning (Monday) at 10 am directing traffic and moving round affected homes. FCDA Development Control will soon follow. Will a lasting solution be proffered? Will the necessary political will be mustered to follow through? We can’t be silent on this.”

Flooding in Abuja has become a reoccurring decimal. During the annual heavy downpour, many lives are usually lost. However, the FCT Administration led by Muhammad Musa Bello has not taken any concrete steps to remedy the situation.