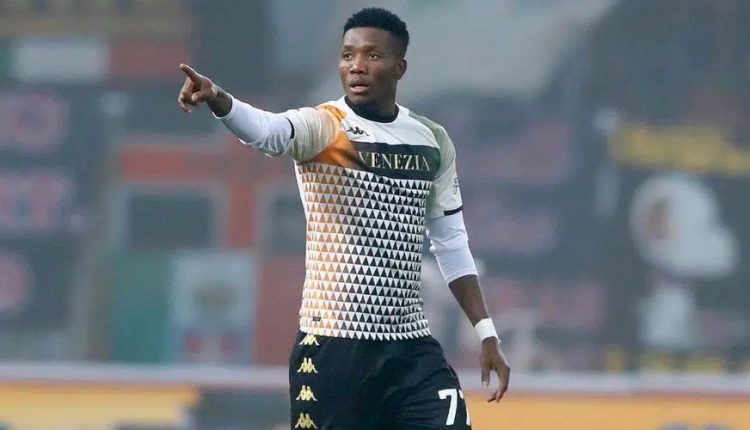 Nigeria forward, David Okereke, suffered a muscle injury as Venezia squandered three-goal advantage to lose 4-3 against Hellas Verona in the Italian Serie A on Sunday.

Okereke was rushed back into action by Venezia manager Paolo Zanetti despite just recovering from the muscle injury that saw him miss out on the club’s 4-0 loss to Atalanta last week.

The former Nigeria U-23 player only featured for seven minutes before being replaced by Dennis Johnsen after he suffered another injury.

The club tweeted, “A muscle problem forces Okereke to leave the field.”

The striker fell to the floor holding his thigh while calling for medical attention. After being attended to, the Nigerian walked off the pitch but could not continue the encounter.

Venezia thought they were cruising to their fifth win of the season after going 3-nil up in the first 27 minutes but the visitors bounced back in the second half with four goals which were also aided with a red card to Venezia’s Pietro Ceccaroni in the 62nd minute.

Okereke who joined Venezia on a season-long loan deal from Belgian giants Club Brugge in the summer has been a revelation for the side scoring four goals and providing one assist in 13 league games.