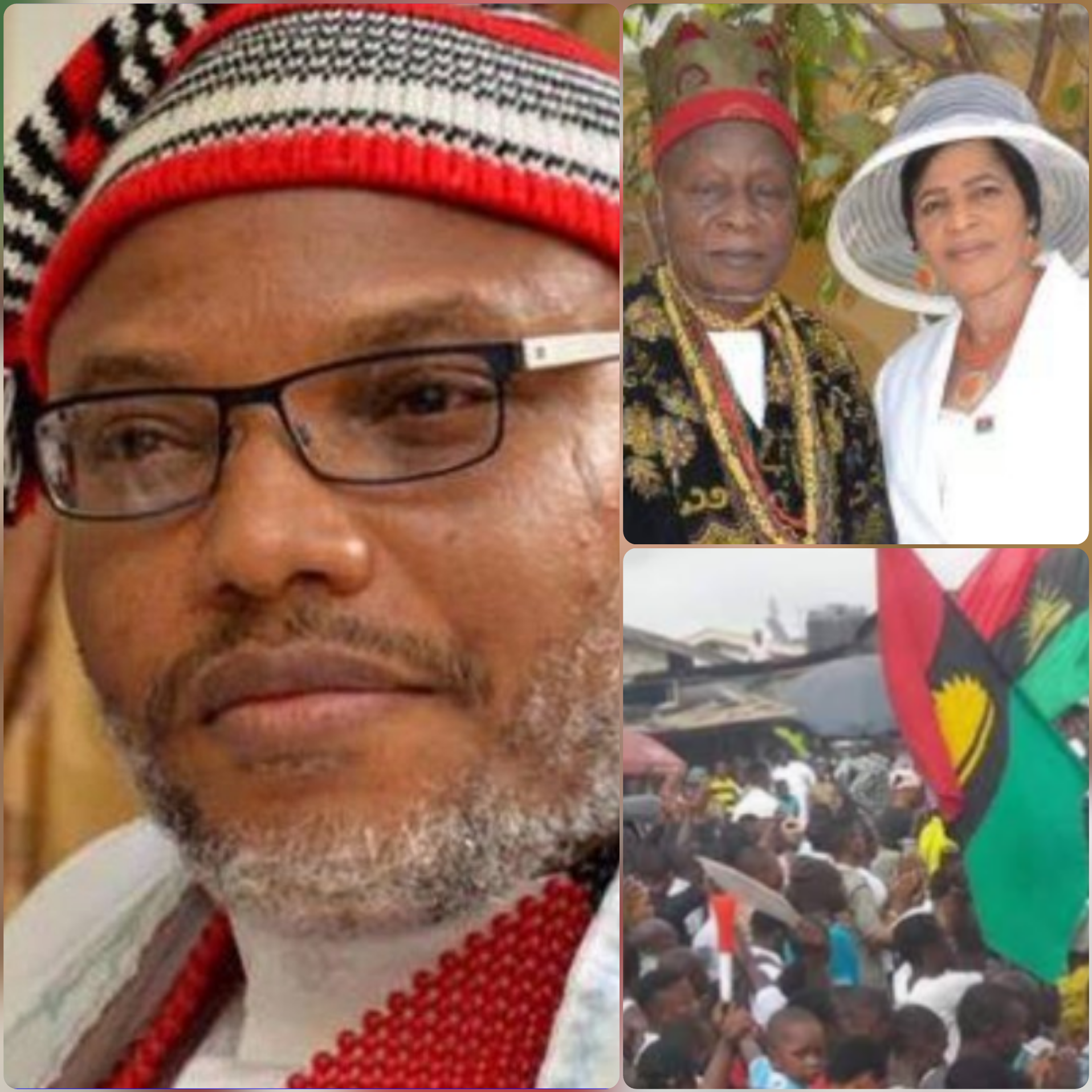 SAHARANEWS – The Commissioner of Police, Abia State, Ene Okon has warned members of the Indigenous People of Biafra (IPOB) that will grace the funeral of Eze and Lolo Okwu Kanu, parents to Nnamdi Kanu, leader of IPOB.

The Commissioner said they should stay far from the burial compound or risked arrest by the force.

Okon disclosed in an interview Okey Sampson, The Sun Newspaper correspondent in Umuahia the state capital on Friday, said no one should come in any guise, mainly with any item that will represent the group or Biafra, will have themselves to blame.

The Burial of both parents, His Royal Highness Eze Okwu Kanu, the Monarch of Afaraukwu Klan and his wife, Her Royal Highness, Ugoeze Sally Kanu, said to hold next week, 14 February 2020.

According to reports, Kanu loss parents after soldiers invasion at his home during a military exercise, Operation Python Dance in Afaraukwu Community.

When asked if Police is comfortable as members of IPOB attend the afore said burial, the CP said they will not sit and watch them, IPOB will dance and men of the Force will dance along too.

Reminded that IPOB members are not visiting the community for war or to cause any trouble but to pay last respect to the parents of their leader, CP Okon responded that the community heads were instructed to let no IPOB member into the burial, noting that if they fail to adhere, Police will ‘scatter’ the burial process.

He maintained that police will not overlook any proscribed group participate in any activity but if the organizers write to get security back up it will be honoured on condition no IPOB will ever and ever come closer to the burial and no one will be seen with ‘any Biafra flag, IPOB insignia or IPOB member disguising as Jewish or Zionist Church members’.

When the interviewer, Sampson asked who the Police will identify a member of the secessionist group during the funeral should they appear cool and mixed up with membership identity, Ene, the CP said their main focus is those that will be wearing proscribed items, including Flag, Insignia and others.

When Sampson announced to him that IPOB leadership insists members must attend the burial and if it could be cancelled CP said Police has no right of cancelling such burial they did not hold but will come in if IPOB attempts hijacking it, adding that he will do anything within his power and the law to make sure IPOB does not breach law and order.

Said they are seriously warned ahead of time.

BREAKING: Wife Of SSG Slumps In The Dock After Being Arraigned For The Murder Of Husband