Tinubu attacks Atiku, “2023 is your last chance at the… 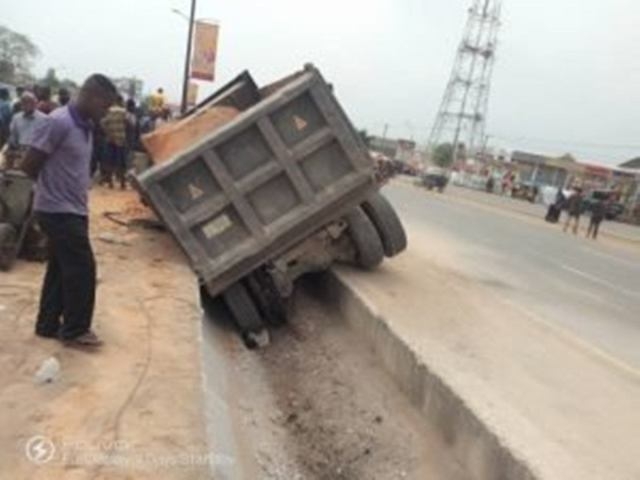 SAHARANEWS – A road traffic accident involving a truck around Upper-Iweka, Onitsha in Anambra has led to the death of a pedestrian.

Mr Andrew Kumapayi, State Commander of the Federal Road Safety Corps (FRSC) in Anambra, confirmed the incident to the News Agency of Nigeria (NAN) on Friday in Awka.

Kumapayi said the accident, which occurred at about 3:20 p.m., could be attributed to speed limit violation and loss of control.

“The fatal crash involving a Mark Truck with registration number DGE352XA was caused by speed limit violation and lose of control.

“According to an eyewitness, the truck lost control after the MCC pedestrian bridge and fell into the adjoining gutter, killing a pedestrian,” he said.

Kumapayi said that clearing of obstruction was ongoing at the scene of the crash while awaiting the arrival of the heavy duty tow truck from Asaba to remove the truck.

He advised motorists to drive only within stipulated speed limits and shun all forms of dangerous driving that could only lead to avoidable road mishaps.

BREAKING: (VIDEO) Sen. Abaribe Confronts Lawan Over Buhari’s Controversial $22.7b Loan Approval, What Happened Next Will Shock You – Watch!

Selfishness, Personal Interest, The Major Reason For The Absence Of Formidable Regional Security Outfit In The South East – APC Chieftain