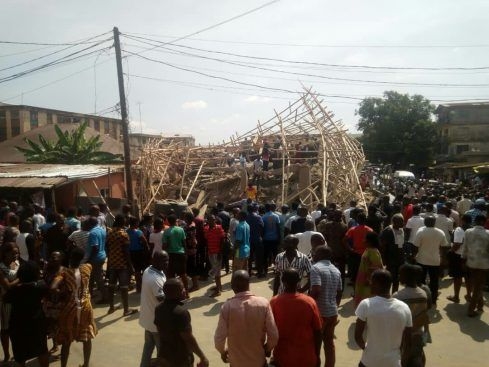 The command’s spokesman, Harunna Muhammed, in a statement yesterday, said the building under construction at No 9 Ezenwa Street, Onitsha, belonged to one Barrister Ikebu Aso.

According to him, three casualties whose identities are yet to be ascertained were rescued alive from the collapsed building and rushed to the general hospital in Onitsha by the Red Cross for medical attention.

He said two of them were certified dead by the medical doctor of the hospital and their corpses deposited at the mortuary for autopsy.

He said rescue operation continued and investigation was ongoing.

BREAKING: Indeed, APC Is Not Worth Taking Pains For, After Years Of Labour, Sacrifices, My Reward Is Seizure Of Certificate – Gov Okorocha Laments