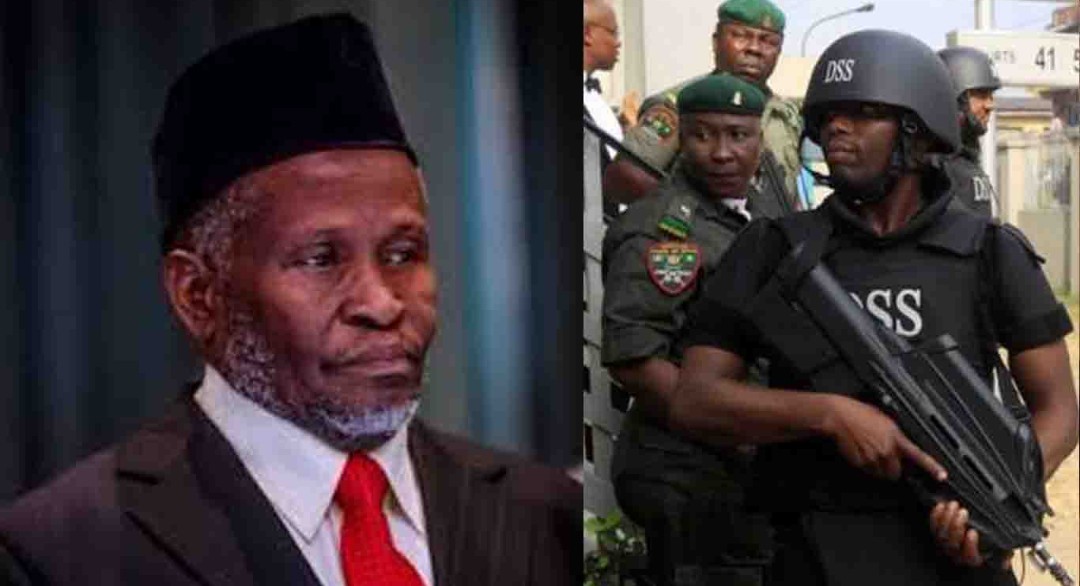 SAHARANEWS – Sirajo and Sanni, the two sons of the Chief Judge of Nigeria [CJN], Justice Muhammad Tanko, have been arrested by operatives of the Department of State Security [DSS].

News of their arrest was broken on Twitter by Mr. Jackson Ude, a former Director of Strategy/ Communication under President Goodluck Jonathan.

According to Mr. Ude, their phones were seized and all call logs, as well as messages searched.

Ude, a Global Peace Ambassador and Communications expert, further revealed that their arrest is to arm-twist the CJN to reverse the recent Supreme Court judgement on Bayelsa State.

Confirming news of the arrest to newsmen over the telephone, he noted that one of the two has been released on bail but that one is still a guest of the DSS as at this morning.

He tweeted that it “is part of the schemes to intimidate the Supreme Court to revert the Bayelsa election in favor of APC [All Progressives Congress.

Recall that the apex court, earlier in the month, sacked the Bayelsa State APC candidate and governor-elect, Mr. David Lyon and ordered the Independent National Electoral Commission [INEC] to issue Certificate of Return to Senator Diri Duoye of the Peoples Democratic Party [PDP].