Fashola says that colonialism and amalgamation did not cause…

“My attention has been drawn to activities that took place… 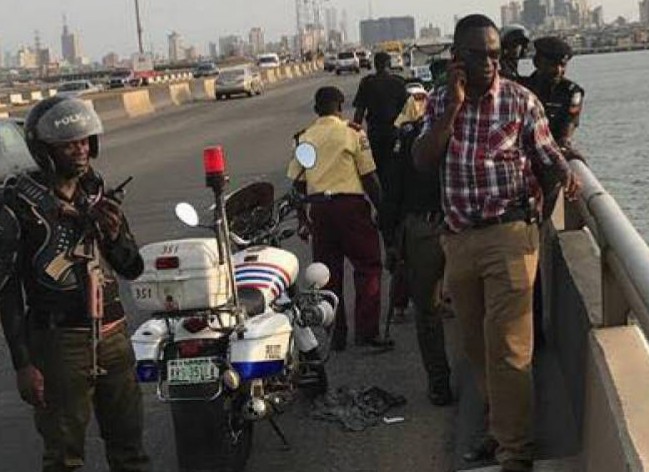 SAHARANEWS – A yet-to-be-identified man on Saturday jumped into the Lagoon around the Third Mainland Bridge in Lagos State.

It was learnt that the man had boarded a car-hailing service, Uber, from Gbagada to a destination in the state.

While the driver was commuting him to his destination, it was gathered that the passenger told the driver to park on the Third Mainland Bridge because he had a stomach ache.

After parking, the yet-to-be-identified man disembarked from the vehicle and jumped into the ocean around 11am.

He said, “The guy boarded Uber from Gbagada and when they got to the Third Mainland Bridge, he told the driver that he had stomach upset and that he needed to relieve himself. So when the driver parked, he got down from the vehicle, abandoned his belongings and jumped into the water.

“The incident happened around 11 am and our team has responded but I can’t confirm if he would be rescued alive or dead.”