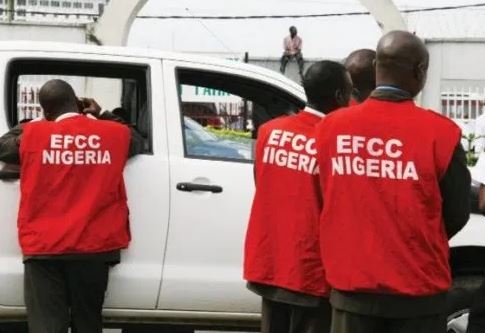 The suspects were on Friday arrested at Mexmemphis Properties and Apartments, Maryland District of the State.

It added they were arrested following an intelligence report about their lifestyle and suspected criminal activities.

“On the strength of the information, the EFCC raided the home of the suspects and arrested them.

“The suspects will be charged to court when investigation is concluded,” Uwujaren stated.

“The Event Of 14th Sept. Traumatized My Mother And She Never Recovered, Struggle For Restoration Of Biafra Continues As That Remains The Only Way To Honour Her” – Nnamdi Kanu