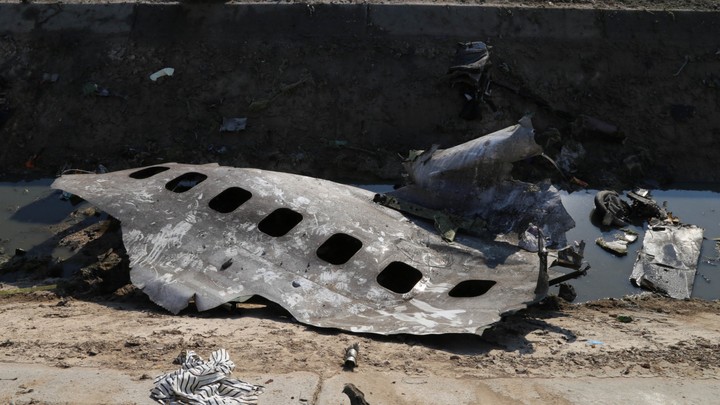 SAHARANEWS – The President of United States Of America, Donald Trump has said he has serious doubts the Ukrainian plane crash in Iran was caused by mechanical failure and he believes ‘somebody made a mistake’ after Pentagon officials said the jet was shot down.

Also, US intelligence officials believe the Ukrainian Airlines flight which crashed in Tehran killing 176 people on Wednesday was blasted out of the sky by an Iranian anti-aircraft missile system.

Officials are ‘confident’ that Iran shot down the Boeing 737-800 jet after detecting a radar system being turned on before two missiles were launched, shortly before an explosion believed to have come from the jet, CBS reports.

Two Pentagon officials added that the missiles were likely launched in error by Iranian anti-aircraft crews awaiting a US response to Iran’s rocket strikes against American bases in Iraq hours earlier, according to Newsweek.