JUST IN:Natasha Praises US For Visa Ban On “Riggers Of… 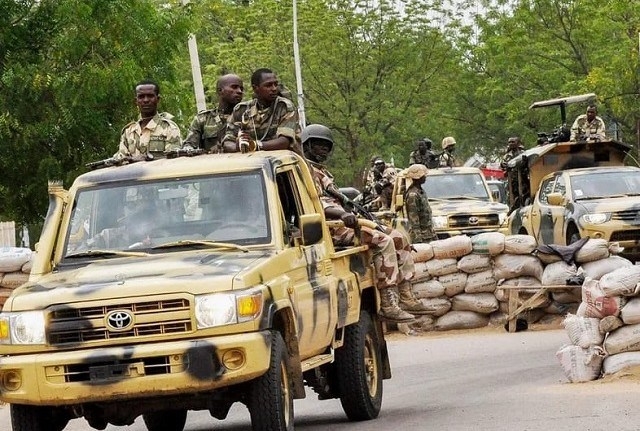 SAHARANEWS – The United Nations Office for the Coordination of Humanitarian Affairs (OCHA) has condemned the killing of over 81 civilians by suspected Boko Haram members in Borno State.

PREMIUM TIMES had earlier broken the news of the attack, quoting sources who said at least 69 persons died in the attack.

The state governor, Babagana Zulum, visited the area Wednesday morning to access the situation. He described what he saw as ‘barbaric’ according to a statement by his spokesperson, Isa Gusau.

In reaction to the incident, the UN Humanitarian Coordinator in Nigeria, Edward Kallon, expressed condolences to the deceased families who lost their lives in “this this abhorrent act”.

He said the attack is the deadliest recorded in North-central Borno State since July 2019, “which has sent shockwaves across the humanitarian community working to provide life-saving assistance to the most vulnerable in Borno State.”

The official called for the immediate and safe release of all aid workers and civilians who remain in captivity.

“I am outraged and incensed by incoming reports of violent incidents against civilians carried out by non-state armed groups in Borno State, in which 81 civilians were ruthlessly killed and many others wounded,” Mr Kallon said.

“I vehemently condemn any and all acts of violence against innocent civilians who have been bearing the brunt of this decade-long conflict for too long, as well as aid workers who are risking their lives to help them. I call for the immediate and safe release of all aid workers and civilians who remain in captivity.

“I am also receiving worrying reports that civilians were shot while trying to escape and that assailants set ablaze homes with civilians still inside as well as stole more than 1,000 heads of cattle.

“I extend my sincere condolences to the families of the innocent people who lost their lives in this abhorrent act. They are mothers, fathers, daughters and sons who should never have been a target.

“My thoughts are with the countless members of this community whose homes and livestock were burned or stolen. I am also wishing a speedy recovery to the people who were injured.”

Mr Kallon also urged “all actors on the ground to protect civilians and aid workers, and ensure the unimpeded delivery of humanitarian aid to the most vulnerable women, children and men, who desperately need relief, particularly at this crucial time when we are all scaling up efforts amid the COVID-19 pandemic.”

Many states across the north, particularly Kaduna, Katsina, Zamfara and Borno have turned to theatres of bloodletting in recent weeks despite spirited efforts by the security agencies to curb the crises.