BREAKING: Buhari Arrive Daura, Admits Elections will Not Be…

BREAKING: Unrest In Aso-Rock As Abba Kyari Falls Out With Buhari Over DNA, Insists Buhari Will Not Go For Any Test 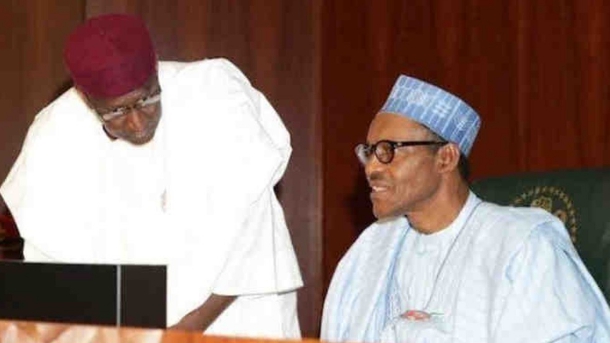 SAHARANEWS – The Leader of the Indigenous People of Biafra, IPOB, Mazi Nnamdi Kanu, has revealed the only way the Peoples Democratic Party, PDP, Presidential Candidate, Atiku Abubakar, can reclaim his alleged stolen mandate to lead Nigeria.

According to him, the only option left for Atiku and the PDP, in fighting the ruling All Progressives Congress, APC, at the Election Petition Tribunal, is to demand for a DNA test on President Muhammadu Buhari, to prove that he is not also Nigerian, but a Sudanese body-double identified as Jubril Al-Sudaniy.

He said that once Atiku and the PDP play this card on the table, the Aso Rock cabal will have no choice than to return his stolen mandate, because the truth will be out as to the true identity of President Buhari.

ALSO READ:  BREAKING:Stop Tagging Me In Posts Related To Him — Yul Edochie's Daughter, Danielle, Warns: A Confirmation That The Actor Has Lost His Value as a Father.

Recall, that the APC had questioned Atiku’s eligibility to run for President, on the premise that he is not a Nigerian by birth, but a Cameroonian.

However, in a live broadcast on Biafra Radio, Kanu said: “I will offer free legal advice to Atiku live on air, in the hope that they will use it, because it is obvious Atiku won the election, and APC are deploying all instruments of coercion at the disposal of the Nigerian State, to deny him his mandate. Between Atiku and the man occupying Aso Rock, only Atiku is a Nigerian, the other is Sudanese.

ALSO READ:  Biden Says US Not Seeking ‘Cold War’ As He Vows To Lead

JUST IN: I Am Far More Educated Than Atiku, Buhari Challenge Atiku To Present His Credentials