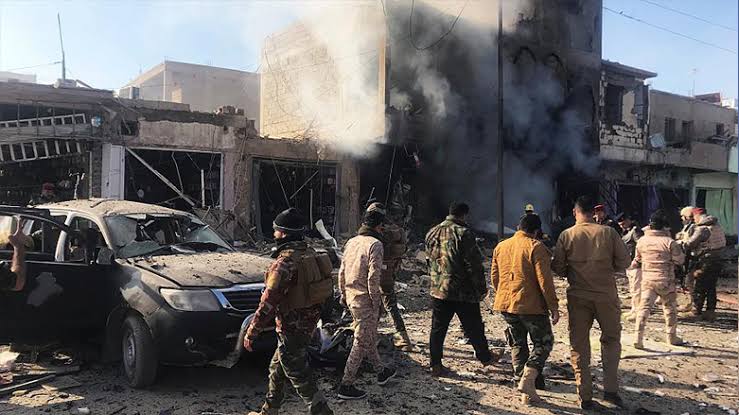 SAHARANEWS – The United States embassy in Baghdad, Iraq, have been hit by multiple rockets on Sunday.

According to reports, the rockets hit an apartment complex instead, killing many civilians.

Residents of the Baghdad said three explosions rang out, heard inside the heavily-fortified Green Zone, home to the US Embassy and the seat of Iraq’s government.

This is following growing tension between the United States and the government of Iran over the killing of Iranian General Qassem Soleimani.

Soleimani, Iran’s top military commander, was killed on Friday in a US drone strike on his convoy at Baghdad airport.

Soleimani’s death has stoked fears of a new war in the Middle East.

Iran’s Supreme Leader Ayatollah Ali Khamenei has vowed to revenge Soleimani’s killing, while President Donald Trump warned that the U.S. would target 52 sites in the Islamic Republic if Tehran retaliates.

IRAN VS US: “I Have Deep Respect For Iranian People BUT…” — President Trump‬