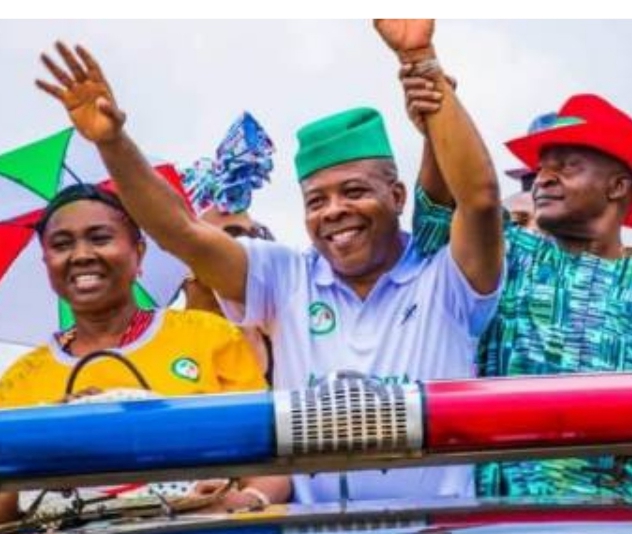 SAHARANEWS – The Federal Court sitting in Owerri, the capital of Imo State, has dismissed a suit filed by Senator Sam Anyanwu, challenging the emergence of Emeka Ihedioha, Imo State Governor-Elect as the governorship candidate of the Peoples Democratic Party (PDP).

Anyanwu, who contested against Ihedioha in the PDP primary and lost, had filed a suit asking the court to nullify Ihedioha’s victory because he did not win the party primary.

While quashing Anyanwu’s petition, Justice Tijani Ringim said the plaintiff failed to convince the court on the prayers he sought. He said from the allegations of Senator Anyanwu, the court could not establish his claims; he therefore dismissed it for lack of proof.

Ihedioha had defeated Anyanwu during the primary election conducted in Owerri in October 2018, polling 1,723 votes as against Anyanwu’s 1,282.

Meanwhile, SaharaNews recalls that the Imo State Governorhip and House and House of Assembly Tribunal has granted the application filed by Okey Amaechi, the counsel to Uche Nwosu, governorship candidate of the Action Alliance, for substituted service on Emeka Ihedioha,

Nwosu had petitioned the tribunal to quash the March 9 governorship election, which was won by Ihedioha of the Peoples Democrtatic Party (PDP)

While granting AA leave for substituted service, Justice M.O Adewara, Chairman of the tribunal, ruled that the second and third respondents be served on the wall of their buildings or by delivering same to an agent at the PDP office situated at No 98 Okigwe Road, Owerri.

Nwosu is asking the tribunal to, among other things, “determine and thus declare that Ihedioha did not satisfy the requirement of section 179(2)(b) of the Constitution of the Federal Republic of Nigeria 1999 (as amended), having failed to poll not less than one–quarter of all the votes cast in at least two-thirds of the Local Government Areas in Imo State at the governorship election held on March 9, 2019″.