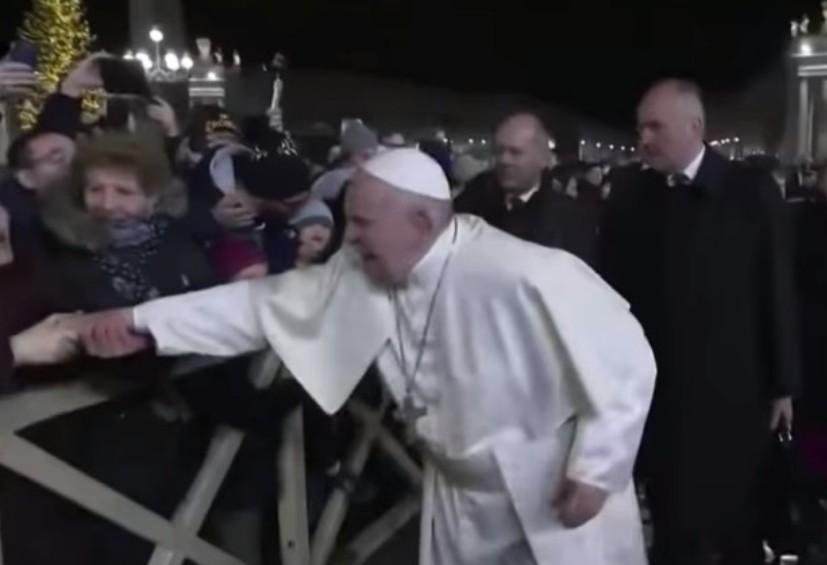 SAHARANEWS – Leader of the Roman Catholic Church, Pope Francis has been captured angrily smacking the hands of a woman who gripped his hands as he was happily greeting children and pilgrims in St. Peter’s Square on Tuesday.

The pope, 83, was seen making his way to the Nativity scene at the center of Vatican City when a woman grabbed his hand and drew him towards her as he tried to walk away from the crowd.

He became visibly upset and slapped the woman’s hand in an attempt to free himself from the woman’s grip, even as he angrily shouted at the unknown woman.

It’s unclear what the woman was trying to tell the Pope but she made a sign of the cross before she reached for his hand.

See the video below.

‘Iran Will Pay A Very Big Price, This Is Not A Warning, It’s A Threat’ — President Trump