BREAKING: Now Is The Time To Stop Buhari, I Have Compiled…

BREAKING: (VIDEO) Sen. Abaribe Confronts Lawan Over Buhari’s Controversial $22.7b Loan Approval, What Happened Next Will Shock You – Watch! 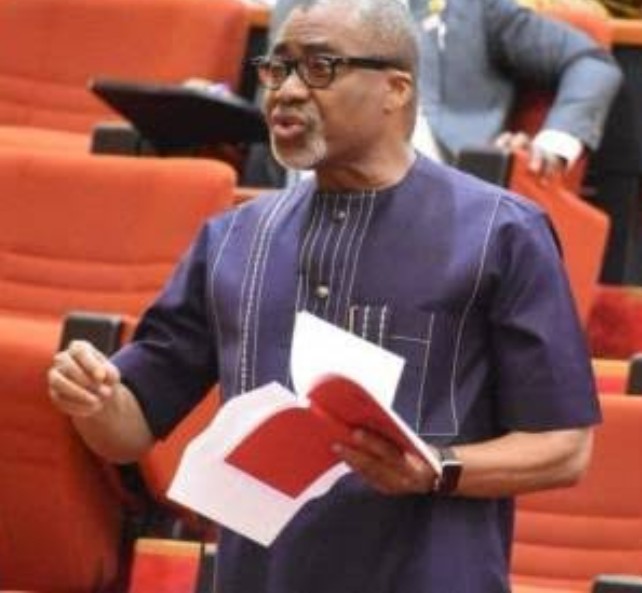 SAHARANEWS – A video of the heated debate over the controversial approval of President Muhammadu Buhari’s $22.7 billion loan request has surfaced.

A video which surfaced online shows that there was tension on the floor of the Senate on Thursday following the insistence of the opposition senators to know details of the $22.7bn foreign loan request from the President Muhammadu Buhari.

ALSO READ:  (VIDEO) BREAKING NEWS: Heavy Tension In Aba, Another Driver Just Got Killed By Nigerian Security Agents For Refusing To Give Bribe

The Minority Leader, Senator Enyinnaya Abaribe, drew the attention of the Senate to the anomaly and requested the President of the Senate, Ahmad Lawan, to allow a clause by clause consideration of the loan request.His suggestion was turned down by Lawan who said the report of the panel should not be subjected to debate, based on the rules of the Senate.

Obviously uncomfortable with the position of Lawan, Abaribe warned the presiding officer that going ahead to hoodwink the Senate into passing the multi-billion dollar loan request without the details would spell doom for the country.

The matter degenerated into a serious tension with the senators viewing the development along partisan lines.Watch the video to see as the drama unfolds: