BREAKING: “We Have The Nigerian Army Where We Need Them” – Boko Haram Commander Boasts After Attack On Military Base 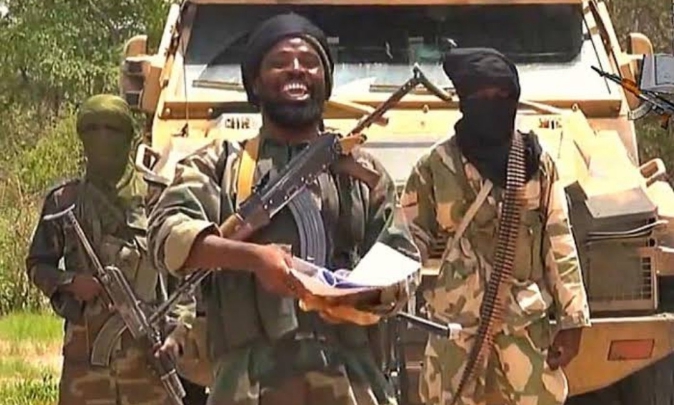 SAHARANEWS – Nigerian soldiers fighting Boko Haram in Borno are losing motivation and struggling to match the insurgents’ might, according to the New York Times.

The NYTimes said in a new report that contrary to the claims of the Nigerian government and the military that Boko Haram has been degraded, the insurgents’ power is growing in parts of the north-east.

They are said to operate with more sophisticated weapons including improved drones while soldiers struggle to keep up with “obsolete weapons and ineffectual strategy”.

Nigerian authorities have continued to say the war against Boko Haram which has lasted a decade, has been largely successful.

President Muhammadu Buhari restated that claim four days ago when he said the insurgents have been degraded even though he admitted they still have “remnants”.

But the report quoted various sources as saying the military is demoralised and “on the defensive”.

“Some soldiers have complained they haven’t had a home leave in three years. Their weapons and vehicles have fallen into disrepair,” it said.

“(But) Boko Haram militants are still roaming the countryside with impunity. Their fighters now have more sophisticated drones than the military and are well-armed after successful raids on military brigades, according to local politicians and security analysts.”

Although the military often says Boko Haram is not in control of any major territory, the newspaper said it learnt the insurgents control four of the 10 zones in northern Borno state.

They are also said to be pulling off “almost-daily” attacks in various parts of the north-east particularly in Borno, while the soldiers are often said to run and take cover.

The report said: “Some soldiers have fled in the face of attacks rather than staying to fight, according to accounts from residents.”

“Abubakar, 13, said he was coming home from school in the town of Gubio in late August when he saw several soldiers racing through the village. “Run for your lives,” they were screaming as they fled, he said. Boko Haram is coming!”

“The boy, whom The Times is not identifying for security reasons, said he watched as soldiers stripped off their uniforms and changed into everyday clothes. They parked their army truck under a tree, piled into a civilian car and sped away.”

Another woman from Gubio spoke of how four terrified soldiers “joined her family in hiding, and five more hid in her neighbor’s house”.

“She said they kept silent inside for two days as militants ransacked the town and loudly bragged about how easy it was to seize,” the report said of a particular attack in which three people were reportedly killed.

There are also complaints of the “old and ineffectual strategy” being used by the military to sustain the fight against the insurgents including the operation of “super camps” recently introduced.

“But some officials call the super camps an outright retreat,” the report said, quoting a government official as saying “soldiers were merely barricading themselves inside super camps (while) Boko Haram fighters are raiding the gear the soldiers are leaving behind as they abandon their posts for the camps”.

Sagir Musa, army spokesman, did not immediately respond to TheCable’s enquiry for comments on the report.

But the New York Times quoted A. K. Karma, a major who is among the officials at Bama super camp, as denying claims that Boko Haram has remained motivated.

“We have one or two problem attacks by Boko Haram, but that doesn’t mean they have a grand offensive,” he said.

(VIDEO) XENOPHOBIA: South Africa Protest For Peace, Begs Nigerians And Other Foreigners Not To Leave – All Thanks To Air-Peace