Ekpa reveals date for Biafra declaration as IPOB prepare for… 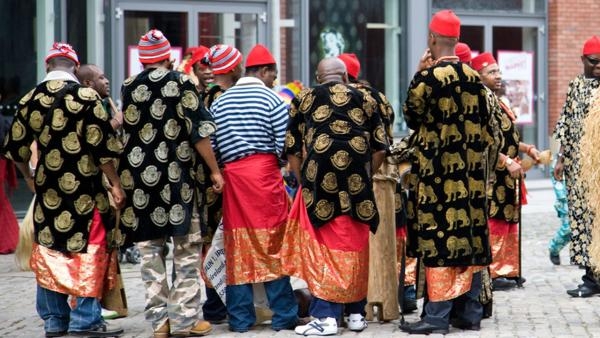 SAHARANEWS – The Ohanaeze Ndigbo Youth Council Worldwide has vowed to make public what it described as commercial activities between the Indigenous People of Biafra and the opposition party aimed at overthrowing the government of President Muhammadu Buhari.

The apex Igbo youth group said it has observed and is angered by the fact that IPOB under Nnamdi Kanu had deviated from the non-violent posture being the foundation of Biafra agitation, which was renewed through MASSOB led by then former leader Chief Ralph Uwazuruike.

Ohanaeze youth said it would expose the reason behind former Senate Deputy President, Ike Ekweremadu and Enyinaya Abaribe’s involvement in the bail of Nnamdi Kanu.

Deputy President-General of the organization, said, “We have observed and will angrily expose all the commercial activities and underground alliance between IPOB and opposition parties to overthrow the government of President Muhammadu Buhari before and after 2019 general election.

“The involvement of those who are being threatened and harassed today, how he (Kanu) was bailed, why Abaribe and Ekweremadu was involved, and one former minister from Obosi, who is the unofficial link to reach Nnamdi Kanu in foreign countries.

“We observed that IPOB under Nnamdi Kanu had deviated from the non violent posture being the foundation of Biafra agitation which was renewed through MASSOB led by then former leader Chief Ralph Uwazuruike now leader of Biafra Independence Movement (BIM).

“We will expose IPOB with the truth, as there’s a dossier which chronologically with dates the underground alliance between them and opposition parties, so to avert the further humiliation of Igbos, which IPOB ignorantly leads Igbos to her worst nightmarish misfortunes both economically and politically.

“Except IPOB retract their steps and allow peace to thrive in Igbo land, except they change their tactics with mixture of half-truths with fantastic falsehood.

” If Presidency will allow businesses and economy to flourish, if the South East Governors will ensure that Igbos are comfortable with dividends of democracy, and some ports are functional apart from Lagos Port, If insecurity challenges are tackled, Igbos are looking for a restructured Nigeria along regional lines, until then in the few weeks, Its time to expose the activities of opposition parties with IPOB.”