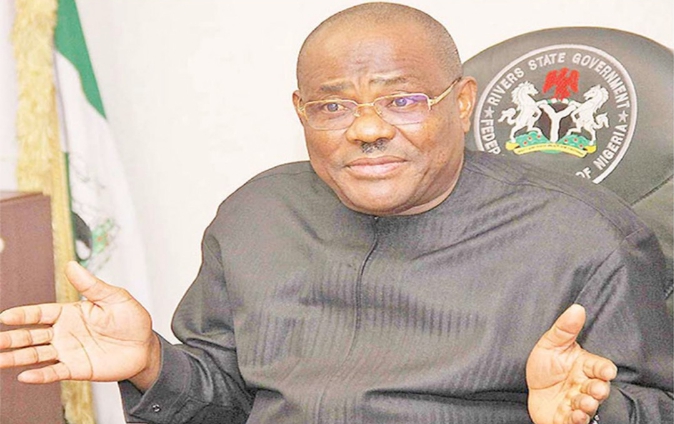 SAHARANEWS – Rivers State Governor, Nyesom Wike, has accused the General Officer Commanding 6 Division of the Nigerian Army, Major General Jamil Sarhem, of running an illegal oil bunkering squad for the purpose of financing his (Sarham) quest to be appointed the Chief of Army Staff.

Wike cautioned that any attempt to appoint the GOC of the 6 Division of the Nigerian Army as the Chief of Army Staff would spell doom for the nation’s failing security architecture.

He said, “The GOC is doing illegal bunkering, which he is using to finance his quest to emerge as the country’s Chief of Army Staff. He has his own team that is making money for him through oil bunkering.”

“We will have a security meeting and he will release the details to criminals, and the Chief of Army Staff will leave the man here because he is playing their role.

“How will the security of the state be with such a man as the GOC? He will compromise when fighting to reduce crime. They sent us a GOC who destroyed the security architecture of the state.”

JUST IN: Withdraw Your Comments Now And Apologize – FG To Obasanjo