Why we partnered with security agents to fight insecurity in… 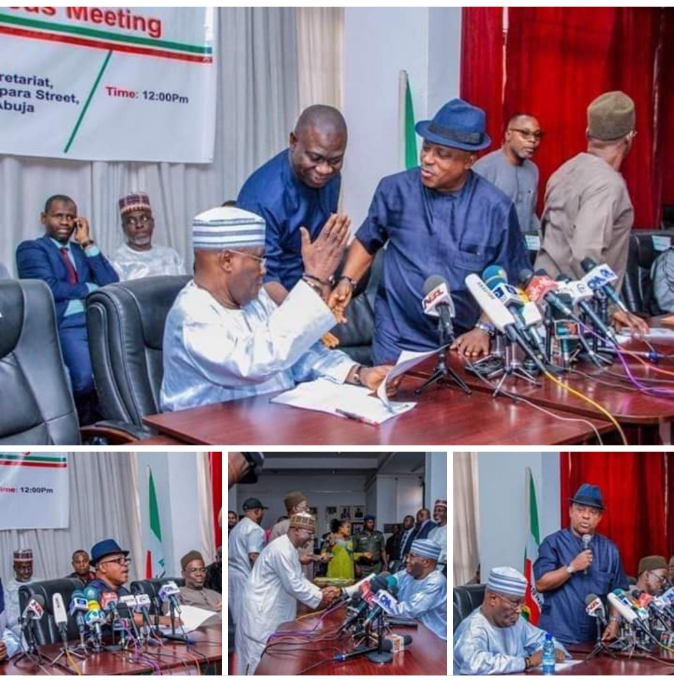 SAHARANEWS – The National Chairman of the Peoples Democratic Party, PDP, Prince Uche Secondus has accused the ruling All Progressives Congress, APC, of not needing Nigerians because they have the military might in a democracy.

Prince Secondus said that the value of Nigerians in a democracy has been diminished because President Muhammadu Buhari and his ruling APC, have chosen to use the military to get what Nigerian voters cannot give them.

The National Chairman who spoke while declaring open the expanded caucus meeting of the party at its Wadata Plaza headquarters on Monday, said that what obtains in the country today as witnessed on February 23, Presidential and National Assembly election is a full blown dictatorship.

He said in a statement from his media office that after using the military to kill and maim citizens of the South South region, and further suppress the people from exercising their civic duties, APC in connivance with officials of the independent National Electoral Commission, INEC and security agencies went ahead to manipulate the result of the voters.

Prince Secondus who berated the administration for their various electoral criminalities, called for immediate and unconditional release from incarceration, the two personal staff of the PDP , Presidential flag bearer Barr Uyi Giwa Osagie his lawyer and Alhaji Abdullahi Babalele his son- in-law who he called political prisoners.

The National Chairman wondered why Nigerian leaders are keeping quiet in the face of blatant abuse of human rights and electoral brigandage.

He reminded the Chairman of INEC Prof Mahmood Yakubu and members of the Electoral Commission as well as operatives of the military that are making themselves willing tools for APC that history is recording their activities and at the appropriate time they will answer for their deeds.

The PDP boss admonished both operatives of INEC and security agencies to be professional and leave politics for politicians.

The National Chairman charged members of the party across the country to stay strong pointing out that the stolen mandate must be returned to the party as there is no going back on the resolve to seek justice in the court.

Prince Secondus also spoke on the situation in Lagos state where PDP supporters were stopped from voting on February 23 Presidential poll and plans are still on to repeat the same obnoxious act on Saturday during the gubernatorial elections.

The expanded caucus meeting of the party is part of the consultations the leadership of the party has been embarking carrying on to update its members through the leaders, of the steps being taken to recover the mandate Nigerian people freely gave to the PDP Presidential candidate,Alhaji Atiku Abubakar.

UNBELIEVABLE: VIDEO – Popular TV Pastor Announces The End Of His Marriage To The Congregation After This… See Video before you pass judgments