Why We Are Not For Oduduwa Republic — Late Frederick…

BREAKING: “Yes I Am A Hegoat” – Oshiomhole Finally Admits 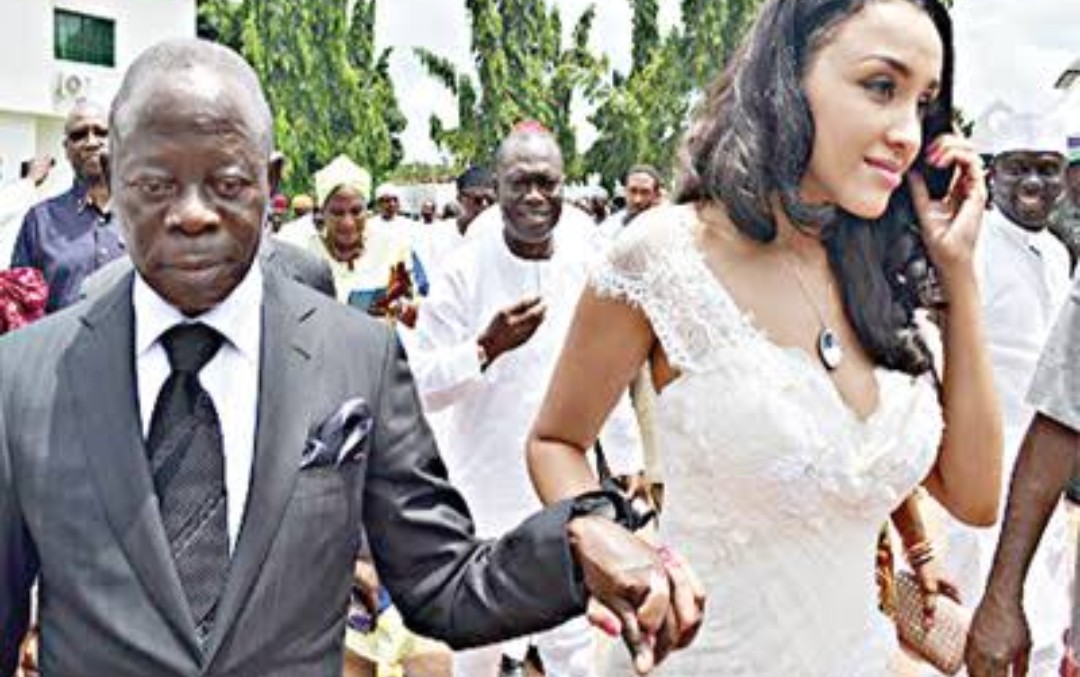 SAHARANEWS – Comrade Adams Oshiomhole, national chairman of the ruling All Progressives Congress, (APC), has debunked reports that he was placed under house arrest and also described himself as the ‘he-goat’ of Edo politics.

Oshiomhole spoke Friday afternoon, while addressing journalists at his Benin GRA residence, where Pastor Osagie Ize-Iyamu, a new APC convert from the PDP, was presented to him by Hillard Etta, the national vice chairman (south-south) of the party.

A rally to receive Iyamu into the APC fold had held earlier, in a venue different from the one police disapproved.

Oshiomhole did not attend the rally.

He said he was not surprised he was the butt of attacks by some within the party, because, like the proverbial he-goat, he will always be at the receiving end of the party’s crisis in the state.

“I saw that they write a story from the Government House that I’m under house arrest. You can see, either way, they want to make me look like the proverbial he-goat.

ALSO READ:  THE TRUTH: No More APC, What Is Left Of APC Is Just Respect For Buhari--Okorocha

“In the traditional Nigerian society, when the family child is sick, and you go and consult the traditional native doctor, he will ask them to sacrifice a he-goat, so that witches and wizards will not kill the child.

“On the hand, when a baby is born or they are celebrating birthday or something good is happening to the family, they get a he-goat, they slaughter and celebrate. So, either way, the he-goat is in trouble.

“God knows my heart, and he will help me and he has been helping me. We will sustain the governance of this state under the APC, with Edo people as our principals and our ultimate employers, and to them, we are grateful for the support they have given us in spite of any weaknesses we have,” Oshiomhole said.

Oshiomhole said he stayed away from Ize-Iyamu’s rally to sustain the peace of the party.

ALSO READ:  "Kidnapping Is Now A Big In Nigeria, It's Impossible To Stop" - Governor Wike

Oshiomhole who blamed the state Deputy Governor, Philip Shaibu, for the crisis rocking the state chapter of the party, however noted that the real victim of the crisis will be Governor Godwin Obaseki.

“The real man who is the executioner of violence is Philip Shaibu, but he doesn’t understand that the real damage is to his Principal, and his Principal is not able to see through their own frustration,” he said.

He however insisted that members of the party must work to sustain peace.

“There will be peace. Today we have tested that, but I wasn’t there, which shows that this peace is not in the hands of one man. Once the party below is united, that is what matters and that is what we have displayed today, where people from all parts of the state came with one objective, to welcome people into the party.

“You have tension when you find out that the local party members are fighting each other, because, party membership, you can remain there as long as you obey the rules of the party.

“So, once the members are united and comfortable, we will sustain the path of peace. That is why I opted not to go there today,” he said.

BREAKING: (VIDEO) United States Has Given Paul Biya 72hrs To Pull Out Every Cameroonian Military From Ambazoia Territory