CJN’s Call For Constitution Amendment On Sharia, A Threat To… 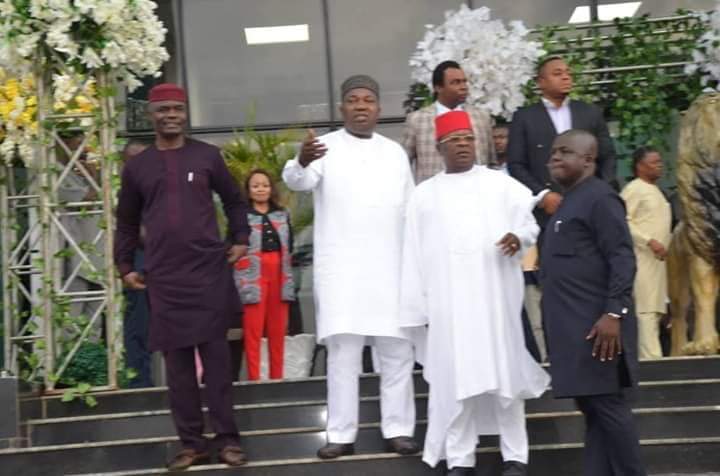 SAHARANEWS – The leader of the Indigenous People of Biafra (IPOB) Mazi Nnamdi Kanu has replied Chairman of Governor’s Forum, David Umahi over statement that South East Governors know nothing about Operation Python Dance.

David had earlier said the South Eas governors did not invite Nigeria military to carry out military exercise in Afara Ukwu Umuahai in 27 September 2016.

In a statement made while some south east stakeholders which has in attendance, Minister of Aviation, Hadi Sirika, reads: “South East governors never invited the Army nor were South East Governors informed of any of their operations on Python Dance until the operations were already started in the states.”

“South East governors would like to write to Mr. President to request for a meeting with him and all the security chiefs on security to douse tension in the region.”

Reacting to the statement, on his Twitter handle (@maziNnamdikanu) queried the governor zsaid if the group has no knowledge of the military operation python dance, why did they (the governors) proscrbe IPOB.

The IPOB leader also warned the governors forum to wake up to their task as the Northern governors arw busy negotiating with bandits while they are after IPOB and members.

His post reads: “SE Govs, if you knew nothing about Operation Python Dance 2, why did you proscribe IPOB in its wake?

“The same northern leaders instigating you to fight peaceful IPOB is busy negotiating with & financing their fellow Fulani bandits. Who is fooling who? Too little, too late.”

The governor denial is coming when the Indigenous People of Biefra had raised an eyebrows to attack the political leaders in abroad, outside Nigeria shore.

ALSO READ:  Elder Statesman, Prof Ben Nwabueze Calls For Restructuring, Say It's The Only Thing That Can Delay Disintegration Not Igbo Presidency

IPOB had instructed it’s unit members in various countries to intensify efforts to makes sure every political leader, exemption of Enyinnanya Abaribe, the group’s multimillion naira surety, to be humiliated.

“The Same Northern Leaders Instigating You To Fight Peaceful IPOB Are Busy Negotiating, Financing Their Fellow Fulani Bandits, Who Is Fooling Who?” – Nnamdi Kanu To South-East Governors