We will not pay ransom for victims of train bombed by…

BREAKING: You’ve Surrendered Your Lips To The Devil – GEJ To Osinbajo 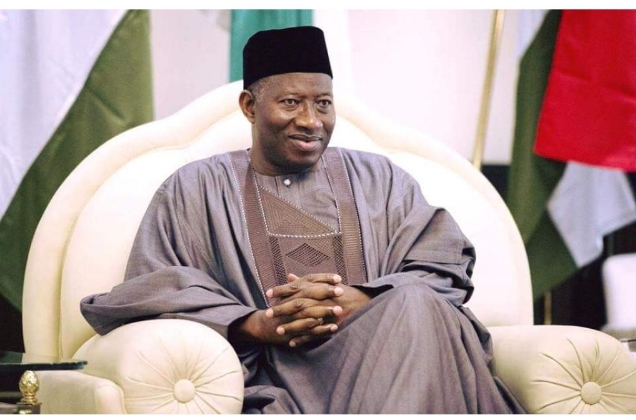 SAHARANEWS Former President Goodluck Jonathan on Tuesday said that Vice President Yemi Osinbajo has “surrendered his lips to Satan” and now uses it to “spread slander and lies.”

He said this in response to Osinbajo’s claim on Monday that N100 billion and a separate $289 million were embezzled by officials of the Goodluck Jonathan administration, a few weeks to the 2015 elections.

Osinbajo, who made the allegation when he spoke at the 7th Quarterly Business Forum (QBF) held at the State House, Abuja, added that the economic woes being faced by Nigerians today were caused by the corruption of the former administration.

But in his response on Tuesday through his former spokesperson, Reno Omokri, Jonathan denied the vice president’s allegation and challenged Osinbajo to publish evidence that the former president shared the alleged amount before the election.

“Vice-president has again surrendered his lips to Satan to be used to spread slander and lies. Nigerians may recall that lying is the most consistent achievement of Professor Osinbajo’s almost three years as vice-president,” he said.

Speaking on the allegation he said, “On this most recent allegation by vice-president Osinbajo, let me state categorically that former President Jonathan did not share N150 billion two weeks to the 2015 election.

“If Professor Osinbajo has proof that former President Jonathan did so, then we challenge him to publish his proof. He is a professor of law and ought to know that he who alleges must prove.

“Again, it is a lie from the pit of hell that the Jonathan administration spent only N14 billion on agriculture and N153 billion on infrastructure in three years as alleged by the fallacious Osinbajo.”

The statement further said that the Jonathan administration performed far better than the way it is assessed by the present administration, saying that in less than three years, the Muhammadu Buhari led government has borrowed more than PDP borrowed in 16 years.

“The Jonathan administration budgeted and spent over $10 billion on infrastructure in the five years between May 6, 2010 and May 29, 2015.

“The Buhari administration, which in less than three years has borrowed more money than the PDP borrowed in 16 years cannot point to even one major project they have started and completed.

“Both president Buhari and vice-president Osinbajo keep accusing the Jonathan administration of being corrupt and claim that they run an anti-corruption government,” the statement added.

According to the statement, Osinbajo should try and desist from his alleged habit of peddling lies against the former president and his administration.