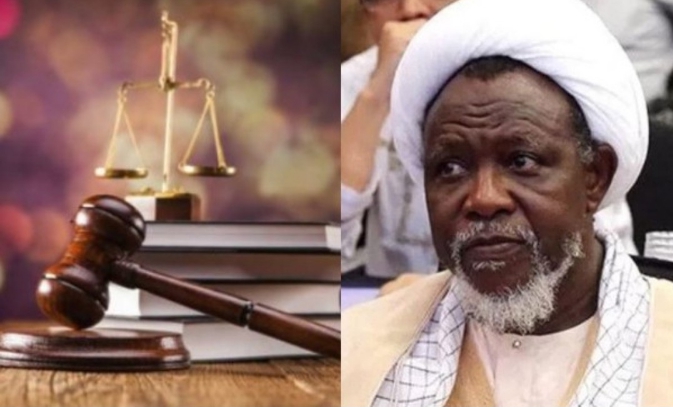 SAHARANEWS – A Federal High Court sitting in Abuja on Friday ordered the proscription of the Islamic Movement of Nigeria (IMN), better known as Shiites.

This comes on the heels of ‘violent’ protests by the group in the nation’s capital, Abuja, which has led to the death of many including a Deputy Police Commissioner and Corps member with Channels Television.

SaharaNews reports that Justice Nkeonye Maha issued the order in a ruling in which she also designated the activities of the Shiite organisation in any part of Nigeria “as acts of terrorism and illegality.”

The court restrained “any person or group of persons” from participating in any form of activities involving or concerning the IMN “under any name or platform” in Nigeria.

To complete the process of the proscription of the group, the court ordered the Attorney-General of the Federation “to publish the order proscribing the respondent (Islamic Movement in Nigeria) in the official gazette and two national dailies.”

Findings by SaharaNews revealed that the judge gave the order following an ex parte application by the Federal Government.

A copy of the ex parte application marked FHC/ABJ/CS/876/2019 which was sighted by our crew on Saturday, was filed in the name of the ‘Attorney-General of the Federation.’

The court said, “An order of this honourable court proscribing the existence and activities of the respondent (Islamic Movement in Nigeria) in any part of Nigeria, under whatever form or guise either in groups or as individuals by whatever names they are called.

“An order restraining any person or group of persons from participating in any manner whatsoever in any form of activities involving or concerning the prosecution of the collective intention or otherwise of the respondent (Islamic Movement in Nigeria) under any other name or platform howsoever called or described in any part of Nigeria.

“An order directing the applicant (the AGF) to publish the order proscribing the respondent (Islamic Movement in Nigeria) in the official gazette and two national dailies.”

The Federal Government filed the application on Thursday, barely 72 hours after a protest by members of the group in Abuja led to a bloody clash between them and the police.

The IMN have for over two years been regularly taking to the streets of Abuja to demand the release of their leader, El-Zakzaky, and his wife, Zeenat.

The couple has been in the custody of the Department of State Services since December 2015 after a bloody clash between members of the group and soldiers in the convoy of the Chief of Army Staff, Lt.-Gen. Tukur Buratai, in Zaria, Kaduna State.

In the application for the proscription of the group, the Federal Government accused the group of carrying out coordinated violent protests in the country.

It alleged that the “aggressive activities” of members of the group had led to the loss of lives and destruction of private and public property in the Federal Capital Territory and other cities in northern Nigeria.

The Assistant Commissioner of Police in charge of Operations in the FCT Command, Nyinnaya Adiogu, who deposed to the affidavit filed in support of the application, also alleged that the Shiites engaged in series of illegal activities, “which are inimical to the corporate interest of the Federal Republic of Nigeria.”

Such activities, according to Adiogu, who said he was briefed by the Inspector-General of Police and the Solicitor-General of the Federation included setting up of a para-military guard called ‘HURRAS’.

The group was also accused of “nefarious activities”, murder, attacks on security agents and provocative preaching and hate speeches while working towards an agenda of creating an Islamic State in Nigeria.

The affidavit, which highlighted what it described as “series of violent and unlawful activities” of the group since 1991, stated that the activities of the IMN members under the guise of clamouring for the release of their leader had not only heightened tension and insecurity in the country but also earned the country negative rating globally.

The affidavit stated in part, “On July 22, 2019, the respondent’s members again launched another vicious cycle of violent protests around the Federal Secretariat (Abuja), during which they set a sub-station/Ambulance Bay of the National Emergency Management Agency, containing a truck and an ambulance on fire.

“A Deputy Commissioner of Police, Usman Umar, in charge of Operations in the FCT; a national youth corps member by the name of Precious Owolabi, reporting for Channels TV and others were killed by the protesters. (Copies of media reports by The Nation, Daily Trust, Leadership, Punch and The Sun newspapers dated July 23, 2019, on this incident are attached herewith and marked as Exhibit FGN 4A, 4B, 4C, 4D and 4E).”

BREAKING: “We Are Ready For Biafra If….” -Ezeife