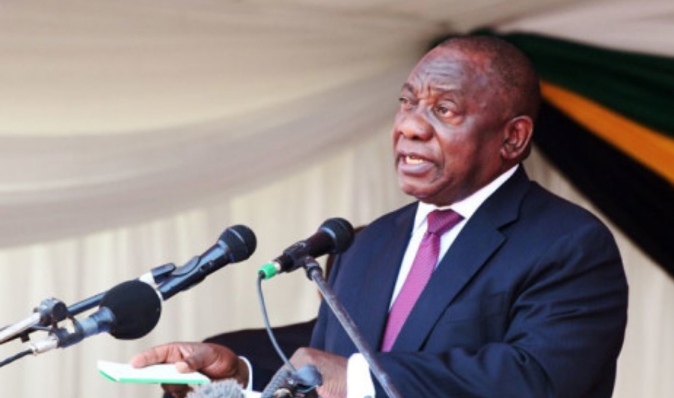 SAHARANEWS – Zimbabweans, on Saturday, disgraced President of South-Africa, Cyril Ramaphosa as he addressed mourners at Robert Mugabe’s state funeral in the capital, Harare.

SaharaNews reports that Ramaphosa was booed by the crowd over Xenophobic attacks on foreigners in his country.

The funeral service, which is taking place at the National Sports Stadium, has seen heads of state and former presidents joining Zimbabweans in paying tribute to the former President.

SaharaNews recalls that recently, foreign nationals were attacked in South Africa during a spate of violent activity that led to shops being looted and property vandalized.

According to report, twelve people have died, many have been arrested and hundreds of immigrants. including Nigerians and Zimbabweans, have left the country.

When he was finally allowed to speak, Ramaphosa apologised for the violence.

He said, “South Africans are not xenophobic. He says foreign nationals are welcomed in SA.”

“This we do to push for unity that Mugabe stood for”

(VIDEO) ALART: Frustrated Team Of Army And Police Hunting For IPOB members To Kill Or Kidnap On Saboteur Day