JUST IN: Buhari Lost Connection While Delivering Speech At… 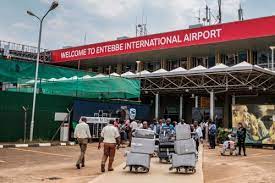 No less than 166 Nigerians abandoned in Libya have been gotten by authorities of the National Emergency Management Agency at the Murtala Muhammed International Airport, Ikeja, Lagos State.

The Lagos Territorial Office Coordinator, NEMA, Ibrahim Farinloye, affirmed the improvement in a proclamation on Wednesday.

Farinloye, who talked in the interest of the Director-General of NEMA, Alhaji Mustapha Ahmed, counseled the returnees to constantly try not to act against rehearses that would delude and upset their typical lives.

He said, “The Director General of NEMA, Alhaji Mustapha Ahmed, addressed by the Lagos Territorial Office Coordinator, Ibrahim Farinloye, advised the returnees to continuously try not to act against rehearses that will misdirect and disturb their typical lives.

“He advised them that leaving the nation looking for greener fields where they don’t exist is a serious slip-up yet they ought to say thanks to God for their choice to get back.
Related News

“He, consequently, encouraged them to settle down to outfit better potential have large amounts of all piece of the nation and with empowering climate made by government lately, adding that everybody with persistence and steadiness will achieve his/her possible by the finesse of God.

“The returnees showed up the Cargo Wing of the Murtala Muhammed International Airport, Ikeja, on board a Chartered flight through Al Buraq Air with enrollment number 5A-DMG Boeing 700-787 at around 1530 hours.”

He expressed that the 166 returnees willfully got back to the country kindness of the International Organization for Migration through the help of contributor countries in Europe.