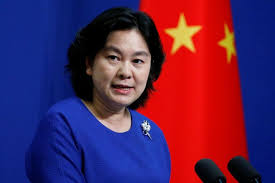 Chunying, who said this on Tuesday a news briefing, described the U.S. action as malicious.

The spokeswoman said that China would take retaliatory step to safeguard our sovereignty, security, and developmental rights.

She, therefore, urged the U.S. to withdraw its decision.

The U.S had on Monday imposed financial sanctions, travel ban on 14 Chinese officials over alleged role in Beijing’s disqualification of elected opposition legislators in Hong Kong

Chunying said that the  U.S. move targeted the vice chairpersons of the National People’s Congress Standing Committee (NPCSC), the top decision-making body of the Chinese legislature

The action was widely seen as part of the efforts by outgoing President Donald Trump to cement his tough-on-China legacy.

It was also seen as a ploy to box president-elect Joe Biden, before he takes office on Jan. 20, into hardline positions on Beijing at a time of bipartisan anti-China sentiment in Congress.

The sanctions he said was for their role in curtailing freedoms in a crackdown on the territory’s pro-democracy movement.

O’Brien said Hong Kong’s autonomy was to be safeguarded after Britain handed the territory back to China in 1997, now “merely a fig leaf”, and he promised further U.S. action.

Pompeo said the NPCSC had effectively “neutered” the ability of people in Hong Kong to choose their elected representatives.

“These actions demonstrate once again Beijing’s complete disregard for its international commitments under the Sino-British Joint Declaration, a U.N.-registered treaty.’’

The Five Eyes intelligence-sharing group comprised of Australia, Britain, Canada, New Zealand and the U.S. said the move appeared to be part of a campaign to silence critics, and called on China to reverse course.

The sanctions announced by Washington prohibit the 14 individuals and their immediate members from traveling to the U.S.

Any assets the officials might have within the U.S. would be blocked and U.S. individuals and companies would be banned from dealing with them.

The news kept global markets on edge as investors fretted over fresh Sino-U.S. tensions, which offset bets over more stimuli in Europe and the United States. 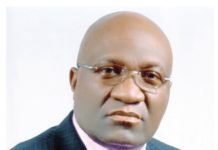 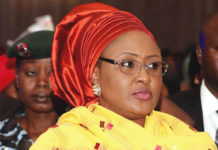 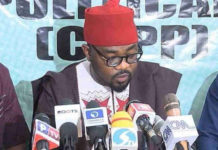 JUST IN: There Is No Hiding Place, Buhari Only Shifted The... 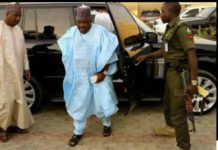