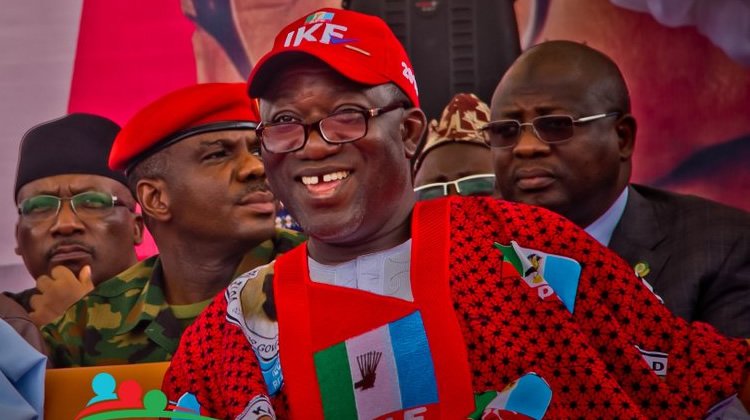 The Fayemi’s faction stated that the individuals were suspended based on “the recommendation” of the investigative/disciplinary committee inaugurated to investigate their alleged disobedience of the directive that party members should not institute any court action, and to withdraw existing cases in court.

But on Friday, the Senator Adeniyi-led faction suspended Governor Fayemi from the APC.

The faction accused him of failing to conduct ward congress in the state since the inception of the party.

Adeniyi said he was made Acting Chairman of the Ekiti APC owing to the “absence of direction or directive from the National Body” and was adjudged as “the only one thus capable to call the SEC(State Executive Council) meeting as duly required by the constitution from henceforth.”

Naija News gathered that the SEC meeting which suspended Fayemi, was held on Tuesday, September 23, 2020, in accordance with Section 12.8 of APC Constitution.

[OPINION] IPOB/Oduduwa agitators’ alliance: Igbo, Yoruba were meant to be together – Fredrick Nwabufo