IHEDIOHA Vs UZODINMA: Supreme Court Adjourns Till 3pm For… 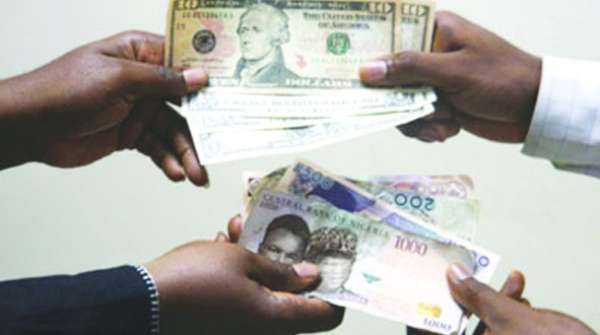 Nigeria’s foreign exchange (forex) reserves dropped by $47.33 million to close weekend at $35.77 billion. Crude oil price declined by 4.4 per cent from $43.68bbl to $41.74bbl amid fears upsurge in COVID-19 cases might trigger a new wave of economic lockdowns.

Senior Research Analyst, FXTM, Lukman Otunuga, said oil prices would likely remain stuck around the $40 regions in the near term, especially If another round of possible lockdowns hit oil demand.

He noted that oil prices have continued to be heavily influenced by demand-side factors and the state of the global economy.

“Looking at the technicals, WTI Crude is under pressure on the daily charts. If prices are unable to break away from the sticky $40 regions, the next key point of interest remains around $38. A weekly close above $41.50 could pave a path towards $43,” Otunuga said.

ALSO READ:  ICYMI: ‘Why Igboho is not fit to fight Yoruba battle’

He noted that a steady rebound by dollar may put pressure on naira and further exacerbated foreign-currency denominated portion of Nigeria’s public debt stocks.

“In times of uncertainty, everyone wants a juicy piece of the world’s most liquid currency. As coronavirus cases rise in Europe and other parts of the world, the flight to safety is likely to boost appetite for the dollar. This is bad news for many emerging markets currencies, especially those with high dollar-denominated debt,” Otunuga said.

Analysts at Cordros Group said the naira might depreciate further in the medium-to-long term citing widening current account position, currency mispricing, which could induce speculative attacks on the naira, and the resumption of forex sales to the Bureau de Change (BDC) segment, which should place an additional layer of pressure on the reserves.

The CBN has offered more than $200 million to the BDC segment since the resumption of forex sales to the segment. The CBN last week sold $100 million through the Secondary Market Intervention Sales (SMIS) Wholesale Window to boost liquidity levels and maintain stability in all segments of the market.

The naira closed flat across the official forex windows but suffered a marginal decline at the parallel market. At the Investors and Exporters (I & E) window, naira closed at N386.00 per dollar while CBN’s spot rate also closed at N379.00 per dollar. At the parallel market, naira depreciated to N467.00 per dollar. Meanwhile, turnover at the I & E window dropped by 57.1 per cent to $348.8 million at the weekend, compared with $812.8 million recorded in the previous week.

“In the coming week, we expect naira to remain within a similar band across the different forex segments,” Afrinvest Securities stated.

Many analysts expected the naira to depreciate further, especially as dollar rebounded in the global market.

According to analysts, the imbalance could heighten the risk of capital flight, which will further increase the pace of external reserves depletion.

They added that Nigeria as an import- dependent economy stands the risk of higher import prices due to a stronger dollar.

“This will negatively impact the country’s balance of trade and terms of trade levels. The CBN’s ability to support the naira is undermined and hence we could experience some exchange rate volatility,” FDC stated.