BREAKING: Win Win, Jubilation For Okorocha And His… 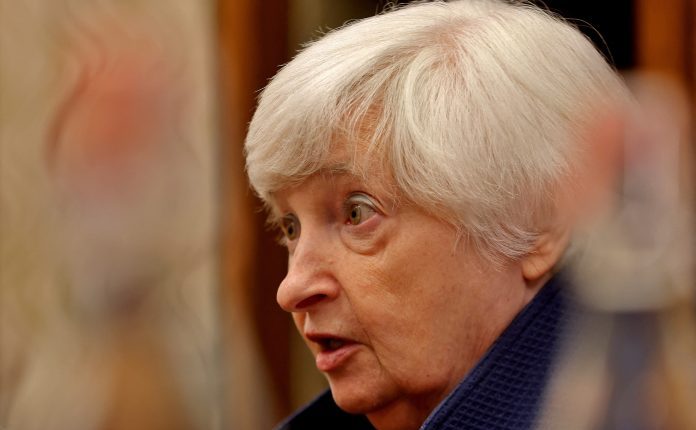 U.S. Treasury Secretary Janet Yellen stated on Friday in Dakar, the capital of Senegal, that Russia’s war against Ukraine is particularly affecting Africans by escalating food insecurity and putting an unnecessary strain on the continent’s economy.

Although Treasury estimated that a Group of Seven-led price cap on Russian crude oil and refined products to limit Russia’s revenues could save the 17 largest net oil-importing African countries $6 billion annually, Yellen stated that ending the war would be the best thing to do for the global economy.

Yellen said that some emerging market nations were saving even more by using the price cap to negotiate steeper discounts with Russia, and Treasury was encouraging others to do the same. This was said at the beginning of a trip to three African nations.

On December 5, the G7 nations and Australia implemented the oil price cap, which prohibits Western maritime insurance, finance, and other services for cargoes priced above $60 per barrel. On February 5, a further cap on Russian refined petroleum products like diesel and fuel oil is set to go into effect.
-In the advertisement, Yellen stated that the United States was collaborating with leaders in Africa to mitigate the harm caused by Russia’s “illegal and unprovoked war” in Ukraine, which, in conjunction with COVID-19, had slowed growth and driven millions of Africans into poverty and hunger.

Yellen stated that Washington was currently establishing a strategic partnership between the United States and Africa to address the short-term food needs of more than 300 million Africans. Last year, Washington provided approximately $13 billion in emergency aid and food assistance. Additionally, it contributes to the development of future systems that are more durable and enduring.
Yellen stated that U.S. investments in Africa were motivated by “our mutually beneficial, long-term partnership” with the objective of generating positive economic returns when she spoke at a coworking space that assists young entrepreneurs and women.

Oulimata Sarr, Senegal’s Minister of Economy, International Planning, and Cooperation, was the first woman to hold her position, just like Yellen.

According to Yellen, investments made in the United States placed a high priority on stringent technical standards, had high standards for accountability and transparency, and carefully considered risks to a nation’s debt sustainability over time.

ALSO READ:  Buhari Says Food Inflation Would Have Been Worse In Nigeria Without His Government’s Intervention

Yellen, who has long criticized China’s efforts to treat Zambia’s debt and that of other nations, stated that it was essential to provide “timely and comprehensive” solutions so that African economies could continue to make significant public investments.

We believe that countries need significant debt relief from the international community, including China, to regain their footing. Debtors and creditors both benefit from timely debt relief, she stated.