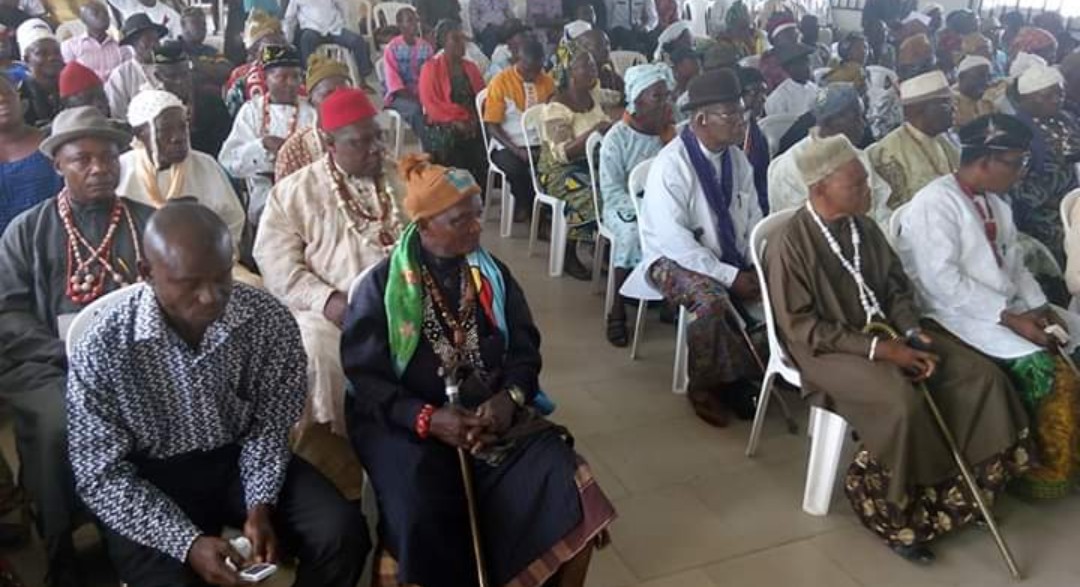 SAHARANEWS – Elders in Akwa Ibom State under the aegis of Akwa Ibom Leaders’ Vanguard have expressed their total lack of faith in Nigeria, stressing that such an entity no longer exists.

Addressing a press conference on Thursday at the Correspondents’ Chapel of the NUJ, Uyo, the leader of the group, Sen Anietie Okon, said in the face of obvious nepotism, corruption, marginalisation and security threat, there was nothing left to be identified with an entity once called Nigeria.

“So, as far as I am concerned, the Nigeria I was born into had ceased to exist. We are now groping around either for a rebirth or the end of whatever is nomenclatured as Nigeria.

“We have observed the fragrant abuses of our commonwealth, dignity and recent threat to the safety of our people and resources. This malfeasance has continued unabated and queries our national essence as a people. The depletion of our national reserves has persisted despite the pretentious anti-corruption stance of the Nigerian state,” the group said.

The members called on the National Assembly and other independent bodies to look into the barefaced unbudgeted emergency expenditures that are fasting eating a hole in the economy, stressing that the resources as generated mainly from hydrocarbon deposits in the Niger Delta region, have been dubiously channelled into the wasteful prospecting of oil in the Chad basin and recent day and night construction of petrochemical refinery plant in Daura, Katsina State.

“This nepotistic infrastructure completely negates the oath of allegiance sworn by the president as sudden attractions of institutions including the universities of refineries, etc, find Katsina particularly, Daura an attractive location against the principles national interest above private considerations.

ALSO READ:  There may be forth wave of COVID-19 — Sanwo-Olu

“We decry the misuse of our sons to perpetuate confusion in the Niger Delta Development Commission by way of inefficiency under the tarred disguise of forensic investigations, endless board formulations and ad-hoc recklessness,

“Sadly, our kith refuse to see the withered hand of Esau in this self-styled destruction attempts by the cabal and their willing cronies on the overall non-development or prolonged deprivation of the Niger Delta whilst the North East Development Commission flourishes.”

ALSO READ:  BREAKING: Enough!!!, "We Don't Have Land For Cattle Colony", Ohanaeze Insists, Urges Ndigbo To Be Ready And Vigilant

They consequently demanded executive orderliness in the dispense of appointments, investment, infrastructure, promotion of genuine security to the common good of Nigeria, not just for a part of Nigeria in line with the Oath of Allegiance and federal character principles as enshrined in the constitution.

They also asked the NNPC to urgently explain the criteria for location and distribution of the so-called special projects as none is seen in Akwa Ibom. “One wonders why the state has not been considered fit for the location of any NNPC subsidiaries.” they asked.