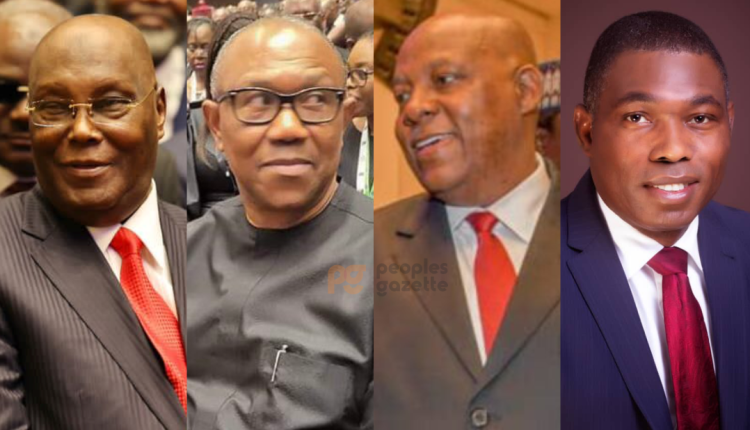 Fein, Kanu’s international lawyer and spokesperson, made this clear in a tweet on Sunday, adding that the IPOB leader’s continued incarceration despite the court’s rulings is “lawless.”

He asked Abubakar of the People’s Democratic Party (PDP), Tinubu of the All Progressives Congress (APC), and Obi of the Labour Party (LP) why they didn’t promise to follow the UN Working Group’s directive.

According to Fein, anyone who agreed to take custody of Kanu from the Department of State Service (DSS) was committing an illegal act of aiding and abetting a violation of the UN Working Group’s decision that Kanu’s case is international.
“Arbitrary detention is a jus cogens norm of international law binding on all nations,” Fein tweeted in response to the advertisement. Nigeria is bound by the UN Working Group’s conclusion that Kanu was being arbitrarily detained in violation of 16 human rights agreements. Why don’t Atiku, Tinubu, and Obi promise to follow through? Lawless?”

ALSO READ:  IPOB not criminals to be given amnesty — Kanu replies Soludo

“Anyone accepting custody of MNK (Mazi Nnamdi Kanu) from DSS illegally aids and abets a violation of the UN Working Group’s definitive decision directing his immediate unconditional release,” he added. The MNK case spans the globe. The only option is strict compliance with the Working Group through me.