Buhari Can Rule Nigeria From Any Part Of The World — Oshiomhole 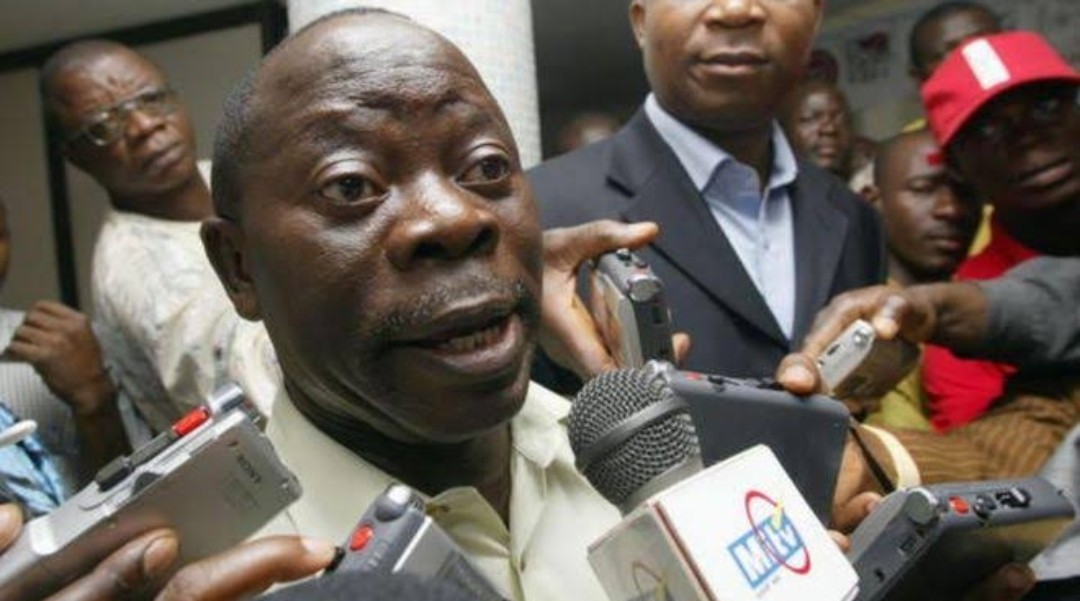 Adams Oshiomhole, National Leader of the All Progressives Congress, APC, on Tuesday, maintained that President Muhammadu Buhari can govern Nigeria from any part of the world.

Oshiomhole made the declaration while berating those criticising Buhari for signing the Deep Offshore and Inland Basin Production Sharing Contract, PSC Amendment Bill into law in London.

He insisted that Nigeria has gone beyond what he termed “Mungo Park era” where a President is expected to only function from his base.

Oshiomhole said, “I was also excited to see Mr. President sign into law that Act in London. Again, a couple of implication on this. That like you the President recognized that if you can manage it as quickly as you did and come out with such fundamental amendment that has such enormous impact on our national revenue, he as President also has to do the needful.

“I think by signing into law at the Nigerian House in London, it shows that the wherever the President is, he is Presiding over Nigeria and with the benefit of modern technology we have passed the Mungo Park era.

“So, signing it in London for me has also made several statements. Namely, that where ever national interest is involved, the President is on duty and wherever he is he is presiding.

ALSO READ:  SEE The Before/After Photos Of Damages On US Military Base In Iraq Hit By Iranian Missiles

“I also salute his assenting to the Bill as fast as he did and even at the Nigerian House in London.”

BIAFRA: Nnamdi Kanu Should Be Arrested If He Dare Steps Into Nigeria’ – Junaid Mohammed