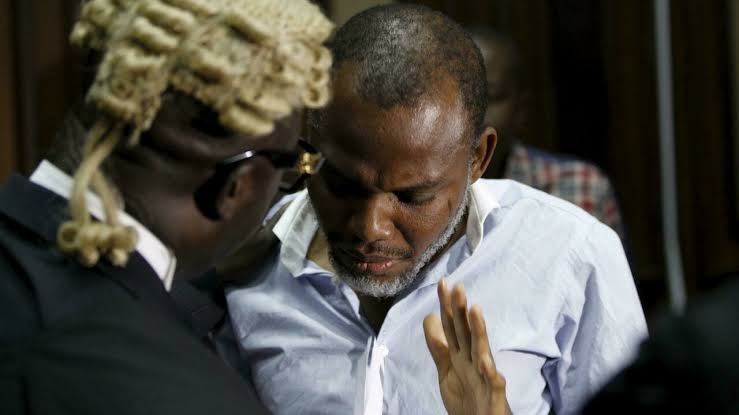 Ifeanyi Ejiofor, lawyer to Nnamdi Kanu, leader of the Indigenous People of Biafra (IPOB), says a suit has been filed before a court in Britain concerning his client.

Ejiofor, who disclosed this in a statement on Friday, did not give details of the case before the British court, but said the suit is to ensure that Kanu’s rights are respected in line with the IPOB leader’s UK citizenship.

Kanu, who is facing trial over alleged treason, is currently being held by the Department of State Services (DSS), after he was brought back to Nigeria to face trial.

Speaking on the latest development on his client, Ejiofor also denied that Kanu was visited by representatives of the UK embassy.

“For your information, neither the British High Commissioner in Nigeria nor anyone representing/acting for them has visited Our Client, Mazi Nnamdi Kanu, at DSS detention facility, where he is currently being held incommunicado. I can authoritatively confirm this position to you today,” the lawyer said.

“Stop believing the falsehood being dished out in the public space by mischief makers. The purveyors of fake news have always been at it. When I talk about a collaboration between the British Government and those that kidnapped Our Client in Kenya, I meant every word spoken there.

“Thankfully, force of law has been activated through judicial process, before the British Court, to ensure that their statutory obligation over their National is asserted, without further ado.”

Crisis hit Ohanaeze as group split, drag themselves to court