Fulani herds­men, bandits not worth worrying about — Bagudu

JUST IN:Buhari Sack Oladipo For Head Of Prison Service,looking for Another Northerner to replace Him. 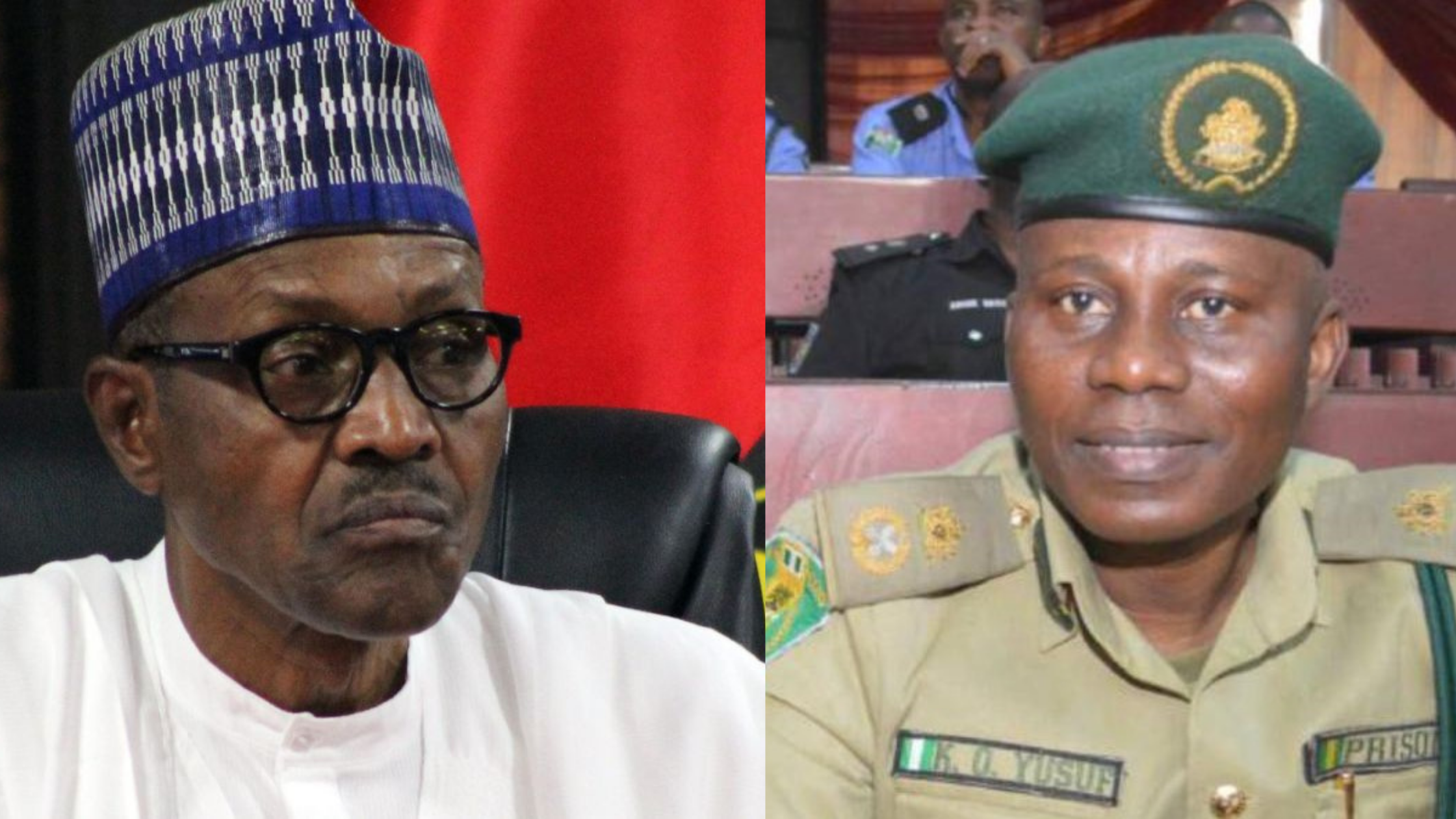 Power brokers in the Muhammadu Buhari administration are planning to appoint another northerner as a controller-general of Nigeria Correctional Service (NCS), instead of Yusuf Kasali Oladipo, an assistant controller who is the most senior officer.

A source in the presidency told SaharaReporters that the plans were to disqualify and retire Oladipo, an indigene of Oyo State, from service based on a ‘cooked security reports’ from the Department of State Service (DSS).

“Yusuf Kasali Oladipo is the most senior and the only candidate with the widest experience and exposure to all levels of our career and who has also worked in nearly all the geo-political zones in Nigeria amongst those invited for screening and exams. He is also the only candidate from the South West who took part in the process,” the source who spoke on the condition of anonymity said.

“Despite directing the DSS to cook up security reports to disqualify him, they didn’t find anything to nail him with,” the source added.

The source revealed that President Buhari had also directed the Civil Defence, Fire, Immigration and Prisons Services Board (CDFIPB) to shop for a northerner to replace Jafaru Ahmed, the outgoing head of the service.

The Buhari administration has shown a complete disregard of federal character principle in appointing heads of security agencies since his first term but has continued to deny the allegations that his appointments are motivated by ethnic and religious sentiments.

A report by an online newspaper, Peoples Gazette, had on Monday exposed how Buhari engineered a desperate and sectional move to hedge out a southerner, Moses Jitoboh, an assistant inspector-general of police from Bayelsa from becoming the next inspector-general.

Jitoboh’s status should have triggered his preparation to take charge of police affairs from Mohammed Adamu, a Muslim northerner from Nasarawa, in two months.

But the President and his associates appear to be uncomfortable with the Christian from Ijaw ethnic group who has the potential to lead the police for nine years. They are now racing to circumvent the law and pave the way for four northern commissioners of police to be the only available candidates for the top law enforcement officer.

After being handicapped by law from using an unqualified AIG from the north to replace Adamu, Buhari has decided to promote several commissioners to the position of AIG hurriedly.

The law requires that an IG can only be appointed from a position not less than AIG. That is only a DIG, or an AIG could be made an IG.

Recent administrations have, however, adopted the convention of appointing IG from AIG. Senior ranking officers (DIGs) are summarily retired when a junior colleague is appointed in furtherance of the controversial practice.

Buhari’s preference for northerners in key federal appointments is not only in security agencies. In 2017, Buhari declined to appoint Walter Onnoghen as the Chief Justice of Nigeria, despite a looming constitutional crisis.

But when he fell ill and was flown to London for extended medical treatment, Vice-President Yemi Osinbajo quickly moved to avert the crisis by forwarding Onnoghen’s name to the Senate for confirmation.

The President in 2018 also oversaw the infamous removal and controversial replacement of Matthew Seiyefa, a former acting Director-General of the State Security Service from Bayelsa.

After realising that the senior positions from which he could appoint the next SSS DG were occupied by southerners, Buhari ignored them to name Yusuf Bichi from Kano, years after he retired from service.