Buhari Treating Zamfara State Differently From Others With Banditry Challenges—PDP 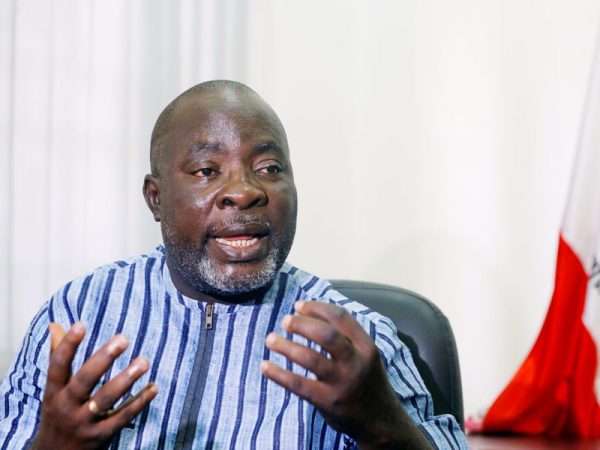 The Peoples Democratic Party says the Nigerian Government led by President Muhammadu Buhari is politically biased in his fight against banditry in the Northwestern part of the country.

While speaking with SaharaReporters on Thursday, the National Publicity Secretary of the party, Kola Ologbondiyan disclosed that the approach in the insurgency fight should be all-inclusive.

Ologbondiyan said this in his reaction to the ‘No-Fly Zone’ declared by the Nigerian Government on Zamfara State, alleging that choppers convey arms to the state.

“The position of the Peoples Democratic Party is that whatever the Federal Government is doing must be holistic. It should not be selective. If you declare a ‘No Flying Zone’ in Zamfara, you should also do the same with Nasarawa.

“The reason is that the same issue of banditry is in Nasarawa. There are cases of illegal mining activities of mineral resources in Nasarawa as they claim they are in Zamfara. So, what we are saying is that don’t create a political undertone in the insurgency fight.

“If you think the Federal Government begins to move against the Governor of Zamfara, whereas the same allegations you are making against him was also made by Governor Nasir El-Rufai in Kaduna, and the same was also made by (Bello) Masari in Katsina, so where is the fight? And with all these, nothing was said against them.

“The President is making it look like he has a hidden interest in Zamfara. And you are making it look like Matawalle is the worst person. So, we say okay, Mr. Governor, the PDP you belong to as your party, that whatever the Federal Government is doing about this, don’t intervene, leave it to them but let them take responsibility for their actions on whatever happens to the people of Zamfara State.”

The PDP spokesman also alleged that Zamfara State Governor, Bello Matawalle has been wooed by the President to join the APC but he declined, saying this might be connected with why he was being treated differently. He, however, said the party does not oppose whatever the Presidency deems fit in handling the security issues, but quickly added that the government bears the brunt.

“Our point in the PDP is that the Presidency shouldn’t hide under the State of Emergency situation in Zamfara State. What is happening in Niger State is at par with what is happening in Zamfara. Don’t isolate Zamfara from others, because, you drag him to come and join your party and he refused. Don’t isolate the situation. We in the PDP are not against any measure, but it should be holistic,” Ologbondiyan said.

ALSO READ:  BREAKING: "I Was Terrified When I Saw The Video Of IPOB Members At Nigerian Embassy In Japan" - Abike Dabiri

Speaking about Governor Matawalle’s offer to resign in finding a lasting solution to the banditry crisis, Ologbondiyan said the governor was only moved with compassion for his people.

On Wednesday, speaking as a guest on Politics Today, a Channels Television programme, Matawalle said, “If I know that my resignation as a governor will make the people sleep with their two eyes closed, I can resign. I am ready to do what will bring security. I am not power-hungry. I have been having a sleepless night to protect the people of Zamfara state.”

Reacting to this, PDP mouthpiece said, “He didn’t say he would resign. He said for the love of his people, if giving up for the Presidency to have their way will restore peace to his state, he will not hesitate. He was talking in that regard of accepting the Federal Government’s decisions on the state to solve the banditry issue.”