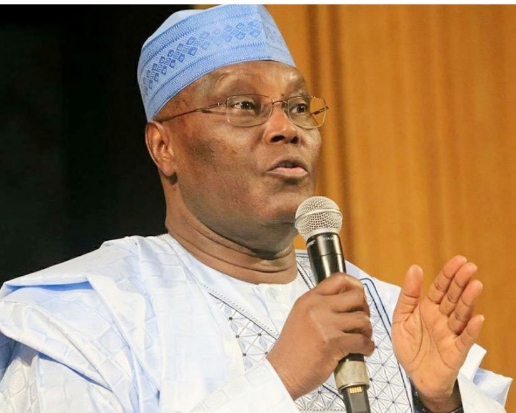 SAHARANEWS – Former Vice president and Presidential candidate of the Peoples Democratic Party, PDP, Alhaji Atiku Abubakar, during the recent concluded general elections, has threatened to pursue the imprisonment of the Chairman of the Independent National Electoral Commission, INEC Prof. Mahmood Yakubu. SaharaNews gathered that Atiku has moved to file contempt proceedings against him.

This follows the alleged refusal of INEC to allow Atiku and the PDP have access to electoral materials used in the conduct of the election, as ordered by the Court of Appeal.

Atiku who has also accused INEC of being bias and spreading falsehood, is likely to press contempt charge against the electoral body next week.

The Court of Appeal in Abuja had on March 6 ordered INEC to allow Atiku and his party to inspect and obtain Certified True Copy (CTC) of election materials it used in the conduct of the presidential election.

Atiku’s camp claims that INEC was yet to comply with the Atiku legal team, adding that it would have no choice but to seek the committal of Yakubu to prison for alleged disobedience to a valid order of court.

A Senior Advocate of Nigeria, SAN, Chief Mike Ozekhome, told journalist that all efforts to implement the order of the Court of Appeal were frustrated by the uncooperative stance of INEC.

According to the senior lawyer, “They have refused to cooperate with the Atiku legal team by making accessible to them ballot papers, electoral materials and other devices used during the election, which the Court of Appeal, Abuja ordered them to give to Atiku nearly two months ago.

“They have bluntly refused to do this. Every day we send lawyers there, they would not cooperate.

“If that be the case, they will likely force the Atiku legal team to issue forms 48 and 49 against INEC Chairman, Prof. Mahmood Yakubu, to be imprisoned for contempt of court because that is the only weapon in the hands of a person who had secured the order of a court, which is being violated with impunity just as INEC is currently doing.

“INEC had before, during and after the election maintained that they have a central server, which results from polling units will be transmitted electronically.

“It is on U-tube, online videos, newspapers, social media and others, yet the same INEC is suddenly filing a reply denying this thing.”

BIAFRA: IPOB Dep. Leader Replies Dokubo Over Threat To Nnamdi Kanu, Reminds Him That He Owe His People Freedom Not Nnamdi Kanu’s Head