BREAKING: You’ve Surrendered Your Lips To The Devil –…

‘You’ll die if you come to southeast’ —… 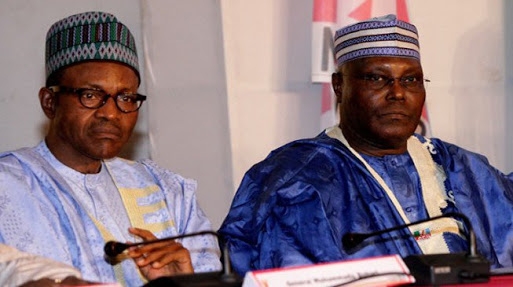 The Peoples Democratic Party (PDP) and its candidate, Atiku Abubakar, has insisted that she step down in their petition against the victory of President Muhammadu Buhari.

Recall that the Access to Justice had also in a statement on by its Convener, Joseph Otteh, stated that Bulkachuwa is been married to a Senator-elect of the ruling All Progressives Congress (PDP), Mohammed Bulkachuwa.

Otteh’s statement read: “Of late, there have been strong speculations that the Buhari government is heavily invested in efforts to achieve the best possible outcomes from electoral courts in any election litigation involving the ruling party through any means possible.

“Many believe this is the reason the government worked hand in glove with the Code of Conduct Tribunal and removed Justice Walter Onnoghen from office as Chief Justice of Nigeria applying bizarre legal procedures. The dust has not settled from that incident.

“In ordinary circumstances, there would be no question of whether the President of the Court of Appeal can, or should participate in tribunals adjudicating election petitions involving her spouse’s party. But these are no ordinary or normal times.

“The Nigerian judiciary is facing very heightened levels of public scrutiny, and the performance of some judicial bodies have raised red flags concerning judicial independence and integrity. There are now far more than normal anxieties about the Judiciary’s strength of character.

“Many keen observers of the Judiciary are already worried that the Judiciary has been overawed by the government given, particularly, the example of the bizarre way the removed Chief Justice Walter Onnoghen was “guillotined” by a supposedly “judicial” body.

ALSO READ:  How teens faked being kidnapped to be with boyfriends

“Given the present context, it may be difficult for judicial officers to bank on the moral capital of the Judiciary as an institution as a basis of comfort when they sit on cases where some familial, fiduciary or other interests are implicated, for the stock value of that capital has descended a few notches over time and survives mostly through its clichés than its substance.”