BREAKING:Police Officer Beheaded And Burnt In Anambra By… 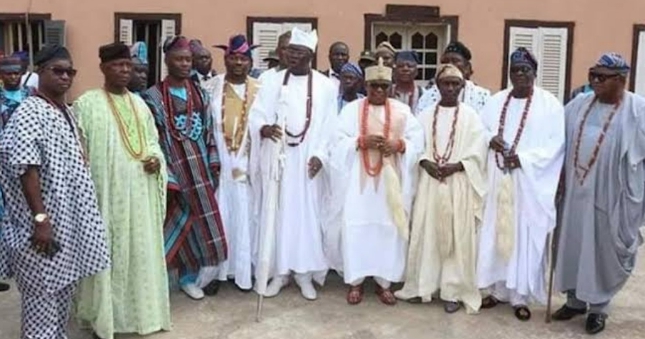 “There is a well coordinated plan to conquer the peoples of Nigeria. There is a programme of ethnic cleansing going on in front of us and we are not rising up to stop this. This is not politics, this is war,” Leader of the Yoruba World Congress, emeritus Prof Banji Akintoye, said in an interview with newsmen

SAHARANEWS – Chief Akintoye also accused the federal government of Nigeria led by President Muhammadu Buhari, of not being interested in fighting insecurity caused by Fulani herdsmen.

He said: “The Federal Government is not interested in fighting insecurity caused by Fulani herdsmen anywhere in the country and not just the insecurity in the South West.

“I was in Benue State as part of the delegation of the South-West, South-East, South-South and the Middle Belt to commiserate with the people of the state after the massacre and the massive destruction of property by herdsmen in Benue in January 2018. Governor Samuel Ortom said the attackers, herdsmen, gave them a notice before they struck. He also read a letter written to the state by herdsmen after the attack notifying them of another attack which promised to be more brutal than the previous ones.

“They wrote in the letter that the land not only in Benue State but land all over Nigeria belongs to the Fulani and that they had mobilised Fulani people from all over West Africa to reclaim their land.

“They said they had accumulated weapons and money to carry out this and that the Federal Government could not stop them. We southerners have been superficial in our understanding of this matter.

“This is not politics, this is war.”