BREAKING: Fears At The Upper Chamber As One Senator Tests…

At long last we can plan for addresses – Understudies… 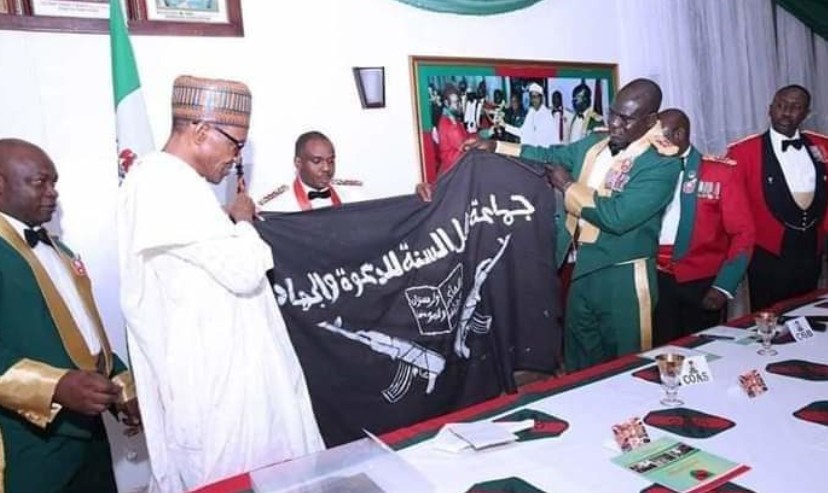 SAHARANEWS – Christian Association of Nigeria (CAN) has alleged that the President Muhammadu Buhari administration is conniving with Boko Haram to kill Christians following the recent execution of  Lawan Andimi, chairman of CAN in Michika local government area of Adamawa state.

In a statement signed by Kwamkur Vondip, the Director Legal, Public Affairs of CAN, and made available to The ICIR the religious group said, given the constant killings, abduction and attacks against the church, it is forced to believe that the President Buhari administration is colluding with the terrorist group to kill Christians in Nigeria.

“In the light of the current developments and the circumstantial facts surrounding the prevailing upsurge of attacks against the church, it will be difficult for us to believe that the Federal Government under President Muhammadu Buhari is not colluding with the insurgents to exterminate Christians in Nigeria bearing in mind the very questionable leadership of the security sector that has been skewed towards a religion and region,” the statement read in part.

Earlier, the religious organisation reacted to the killing of Lawan, who was executed on Monday by the terrorist group after being abducted from his home on January 2.

It told newsmen that it was “pathetic and painful to learn that such a gentleman could be killed like a ram.”

As a result of Lawan’s death, CAN in its statement also declared 3-day fasting and prayer, urging all Christians in Nigeria to partake in it.

The organisation also shared its condolences but stated that it is passing a vote of no confidence on the security chiefs as well as calling for a total overhaul of the security architecture of Nigeria.

The statement reads: “The President of the Christian Association of Nigeria Rev. Dr. Samson Supo Ayokunle and indeed the entire CAN leadership and the Nigerian Church are deeply saddened with the news of the gruesome murder of Rev. Lawan Andimi the CAN Chairman Michika Local Government Area and the District Church Council Secretary of the Ecclesiya Yan’uwa a Nigeia (EYN) Church in Michika, Adamawa State.

“We recall sadly that Late Rev. Lawan Andimi while in captivity made a passionate appeal to the leadership of his church and the Federal Government to come to his rescue. The Church did everything within her reach to secure the safe release of this pastor gentleman but it was not possible because they didn’t have the military power to do so.

“Just last Sunday, a clergyman, Rev Denis Bagauri was murdered by unknown gunmen in his residence at Mayo Belwa of Adamawa State.
The Church views the unabated kidnappings, extortions and killings of Christians and innocent Nigerians as shameful to the government that each time boasts that it has conquered insurgency.

“It is reprehensible and saddening that each time the government comes out to claim the defeat of the insurgency, more killings of our people are committed. Is that lopsidedness not a cover up for the operation of the insurgency? If not, why couldn’t the well equipped security agents of Nigeria get this man killed rescued?

“While we call on Christians to be calm, we challenge the Federal Government led by President Buhari to be more proactive about effort to get rid of the continuous siege on Nigeria and end the wanton killings and destructions of lives and property of Nigerians if the government is to be taken seriously.

“Maintenance of security is the least responsibility of any government that knows its worth. We are once again calling on the  President Buhari to purge himself of the allegations of nepotism and religious favouritism by reconstituting the leadership of security outfits.

“The Federal Government is urged to ensure the release of the prisoner of faith, Leah Sharibu and hundreds victims who are in the Boko Haram and ISWAP captivity before it is too late. A government that cannot protect the governed is a failed government.”