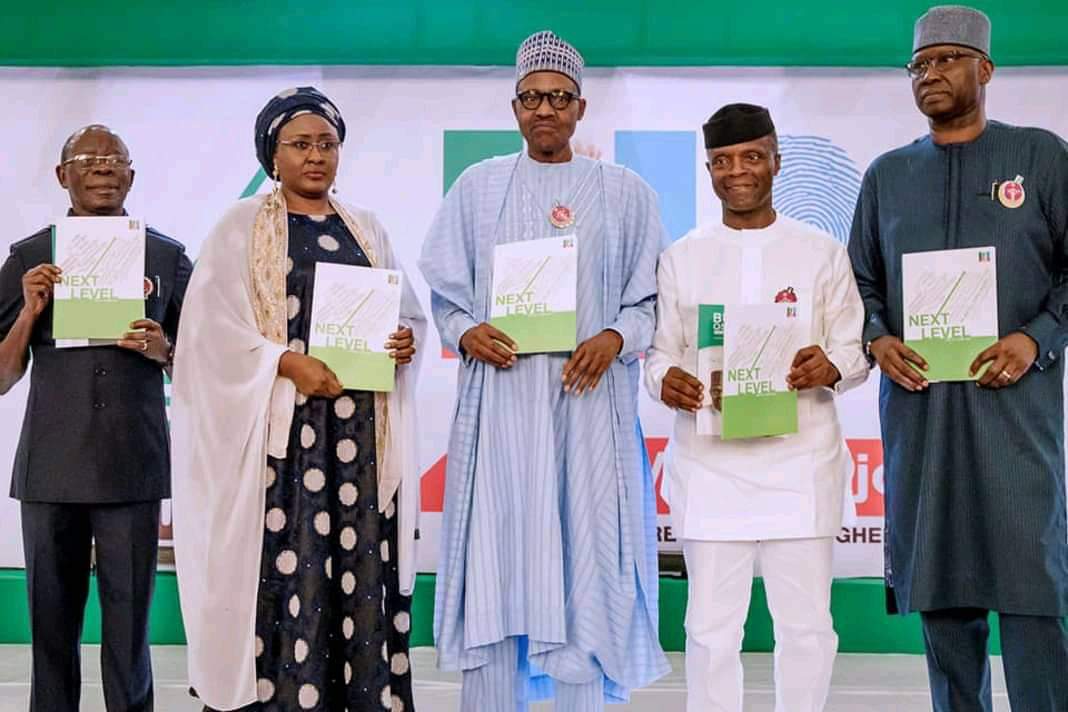 “Next Level” to kick off the 2019 presidential campaign for the ruling All Progressives Congress, APC, at the State House Conference Centre, Abuja, yesterday. Photo: Abayomi Adeshida. He said the president’s campaign document has no “conceptual overhang” while noting that the one unveiled by Atiku Abubakar, candidate of the Peoples Democratic Party, PDP, addresses national needs. Reacting to the document, Agbakoba said: “It is a handout; it is not a political document. It has no conceptual overhang. “The one for Atiku is 80 percent. It’s got the right stuff in it. It needs more work, but it’s a working document. It’s something I can live with. I see nice things there. It’s a conceptual framework that creates microeconomic stability. It’s got all the nice indices in it. “On evaluation, it is clear that the economic blueprint unveiled by Atiku addresses national needs than Buhari’s economic plans. “Forget about the APC. The talk on the street is against the APC. I’ve not heard a single person saying any good thing about the APC.”