JUST IN: Hold Nnamdi Kanu Accountable If Anything Happens In…

BREAKING:Buhari’s Nominee To ICC Jury Rejected After Securing Five Out Of 110 Votes. 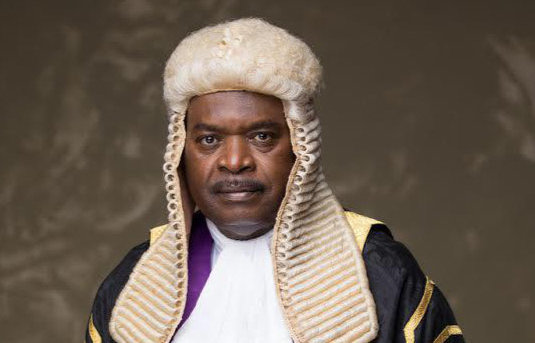 Justice Ishaq Bello, the only Nigerian nominated for election to the International Criminal Court jury in 2020, has fluffed the country’s chances after a poor performance in the election exercise on Thursday.

President Muhammadu Buhari had in June 2020 nominated Bello, the Chief Judge of the Federal Capital Territory High Court, for the contest.

According to the election results made available on the ICC website, the Nigerian nominee polled 12 votes – the second-lowest – only after Milandou Prosper, the nominee from The Republic of Congo, out of 117 in the first round of the election.

For candidates to be elected, they must garner two-thirds of the votes from the state parties.

In the second round, Bello garnered only five votes out of 110 votes.

The ICC advisory committee, on the nomination of judges, had earlier ranked Bello low in October, indicating that he may not be selected in the final election.

Only Korner Joanna and Lordkipanidze Gocha, nominees of the United Kingdom and Georgia respectively, were elected judges out of the 18 candidates.

While Bello may have lost the election, he is best remembered in Nigeria for a controversial ruling that freed a police officer who ordered the shooting of six persons in 2005.