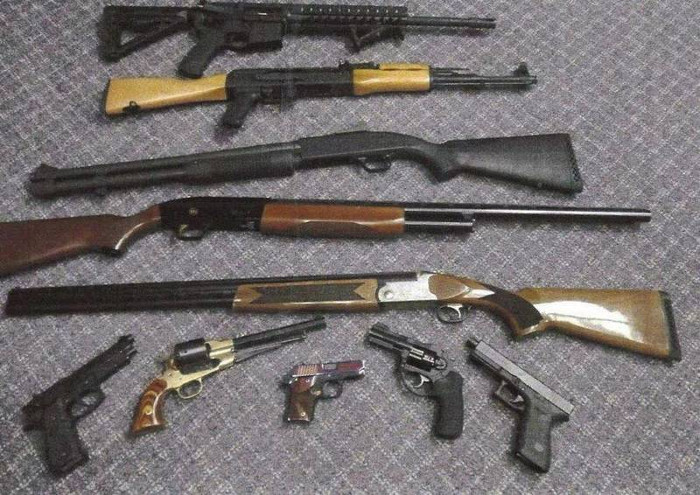 The Benue State Police Command has uncovered a firearms manufacturing hideout in Yelwata, a community in Guma local government area of the state

The State Police Commissioner, Mr. Ene Okon, made the disclosure on Friday while parading 11 suspected criminals and members of cult groups recently arrested in parts of the state.

He said during the raid, two men: Donatus Ahongh and Boyi Ayaayua, were arrested with their manufacturing implements and 12 assorted locally-fabricated arms including AK-47 rifle magazines.

ALSO READ:  2019: Buhari refused to sign the electoral act because of his plans Rig - Wike

The police boss said: “The discovery was made by a team of the Federal Special Anti Robbery Squad, FSARS.”
He also said that the special operation also led to the arrest of 105 suspected cult members in Makurdi, Otukpo and other parts of the state by the Anti-Cult Unit of the command.

However, he Okon said, “so far, 78 have been charged and remanded, five are currently undergoing interrogation, while 22 innocent ones have been released unconditionally.

“Also apprehended were Godwin Akaa, Jonathan Koriyo and Suleiman Stephen after a robbery incident on November 24 at North Bank area of Makurdi town where a Toyota Corolla with number plates CN 157 BBC and other valuables were snatched.

“The robbed vehicle was recovered from Nguru Local Government Area of Yobe State, but investigation into the matter is still ongoing.”

BURSTED: Nnamdi Kanu has been right all these while – Galadima explains the reasons behind the “Buhari” in Aso Rock.

IMPOSTOR: It’s an open secret that Buhari is not the one in charge – Uche Secondus