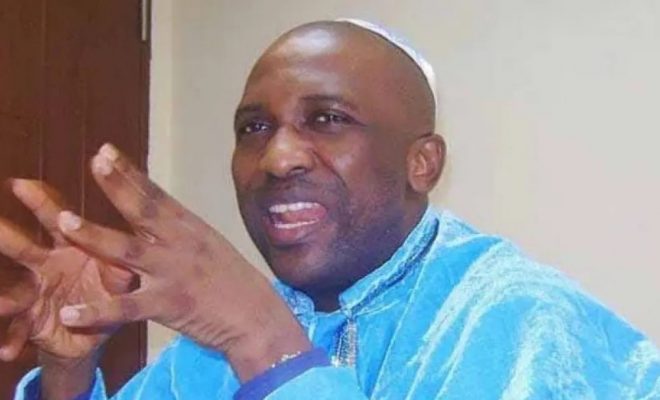 SAHARANEWS – Primate Elijah Ayodele, the founder of INRI Evangelical Spiritual Church, Lagos, has attacked the Spiritual leader of the Adoration Minister, Enugu, Father Ejike Mbaka, saying the fiery preacher is not a prophet of God.

It would be recalled that Mbaka had prophesied that the governorship candidate of the APC, Senator Hope Uzodinma, will take over from Emeka Ihedioha of the Peoples Democratic Party, PDP, as Imo Governor in 2020.

Mbaka’s prophecy was said to have come to pass when the Supreme Court removed Ihedioha from the Government House and declared Uzodinma as the Governor of Imo State.

“God gives spiritual support to whoever that seeks him, not prophecy. I have been saying it that Jonathan will lose the 2015 election and he did.

“I also said that Buhari will win second term but we would pay for it. If we are talking about prophets, let us talk about Primate Olabayo and Ositelu. Mbaka is not a prophet.”

Speaking on the new security outfit, the cleric said Amotekun and other security groups created in the North will become terrorist organisations in the future.

Recall that the Governors of States in the Southwest said they established the security outfit in order to curb kidnapping, banditry and ritual killings that has thrown the region into panic.

Primate Ayodele added, “It is a nice and beautiful idea. It is a good project but the cost of the management will cause another problem. They must ensure that the outfit is not turned to another terrorist group.

“There is a tendency of Nigeria building a terrorist group within the country and this is going to happen before the next 15 years.

“This includes all other security outfits in the north, if they are not managed properly they will turn to terrorist groups.

“They will mismanage Amotekun and corrupt the system. Amotekun is going to crack because of lack of funds for the management.

“They should not have started at all. They will threaten the government. Africa is going to experience a new terrorist group from Burkina Faso, Togo, Niger, Benin Republic, and Nigeria.

“Our security network needs to be reformed and they can’t do it alone without directives from God. Prophets are part of security checkers.