Name The Governor Behind Banditry, Let Nigerians Deal With…

CAN To Zulum: No Christian Will Kill Like Boko Haram, Provide Proof Of Christian Members 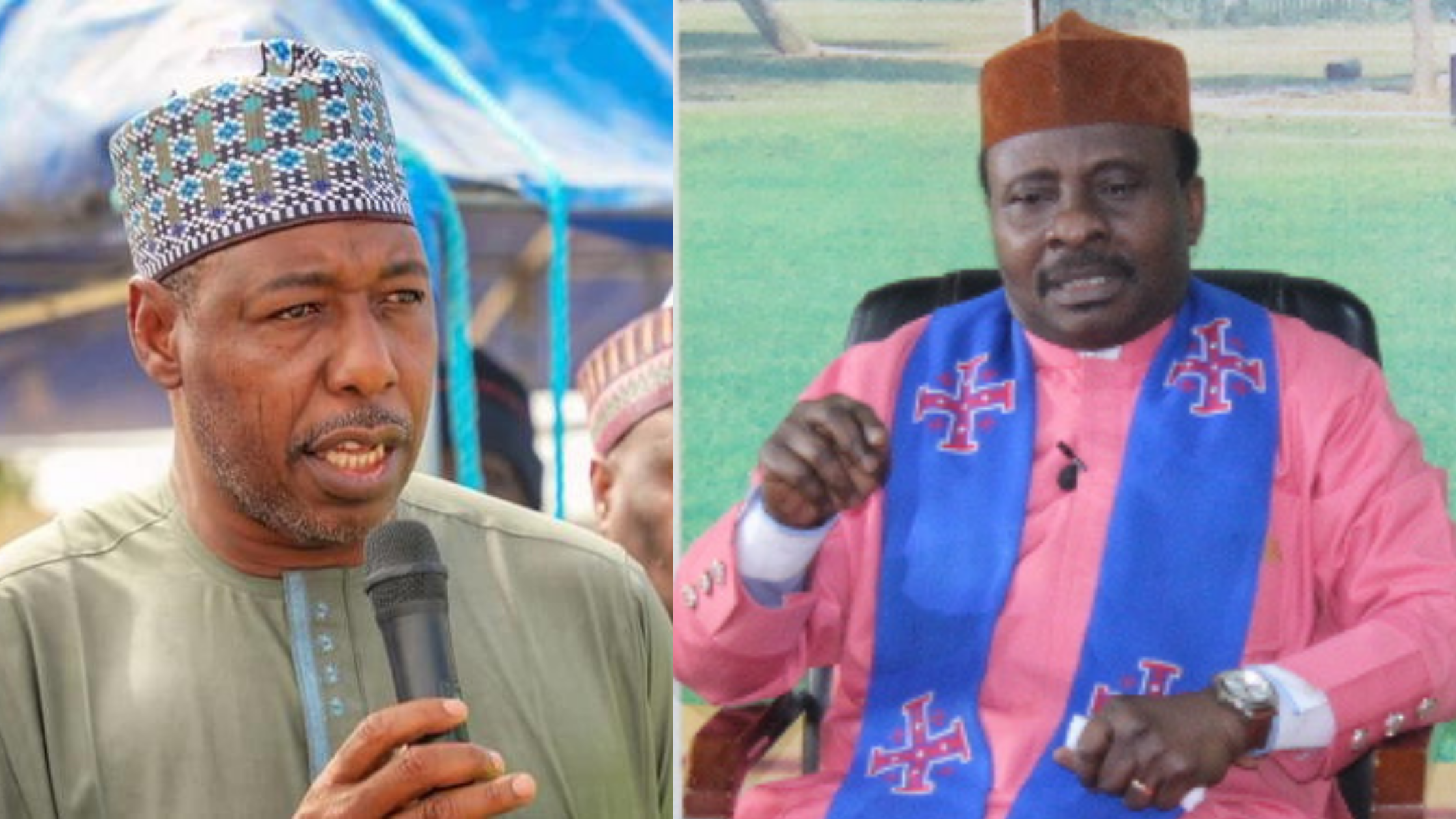 The Christian Association of Nigeria has challenged the Governor of Borno State, Babagana Zulum, to post photo and video evidence of Christians whom he claimed are members of the notorious terror group, Boko Haram.

CAN General Secretary, Joseph Daramola, who stated this in an interview with The PUNCH on Monday, was reacting to allegations by Zulum that Christians are members of the Abubakar Shekau terror group.

Zulum had alleged on Friday at an event in Lagos that Asians, foreigners and other Africans are part of the terror group.

The governor had said, “I’m from Borno State, and many of our children are into Boko Haram. I’m not denying the fact. But again, they are being sponsored by many people across the world. Among Boko Haram, we have white men, Asians, Africans, Muslims and Christians.”

Many Nigerians had since doubted the Zulum’s claim as Boko Haram had consistently identified with Islam. The terror group’s leader, Abubakar Shekau, had also at several times featured in videos speaking Arabic and citing Quranic verses.

Reacting on Monday, Daramola cautioned the governor to stop mudslinging, adding that the terror group had shown in several videos where they belonged.

The CAN top official said, “Anyone who accuses the other must be able to prove it. For the governor to say such, then he must have evidence. Let him post the photo and video evidence on social media of Christians who are Boko Haram members. I don’t think there should be any fuss. Anybody can say anything.

“We have seen them (Boko Haram) on videos carrying flags and identifying themselves. So, let these criminals that the governor knows identify themselves as criminals. It is that simple. Nobody should mud-sling. It is a very bad thing. Whether they are Christians or Muslims, the act is very bad on its own and should be condemned.”

Daramola said no Christian would carry such weapons as used by Boko Haram members to kill fellow human beings.

“No Christian will carry those weapons to kill fellow humans. The commandments of God explicitly stated that thou shall not kill and you don’t kill either physically or any form. Christians that are Christians will never engage in that. If Zulum has his facts, let him put it out.”

For over 10 years, the Boko Haram terror group had killed hundreds of Nigerians in the North-East. The sect had also burnt down and bombed scores of villages as well as churches. The Nigerian Army and the Presidency had at several times claimed the group had been ‘technically defeated’ and ‘weakened’ but the Abubakar Shekau’s bloodthirsty faction continues to strike with daring effrontery and crude savagery.

Why Biden Will Not Support Buhari’s Government –Utomi